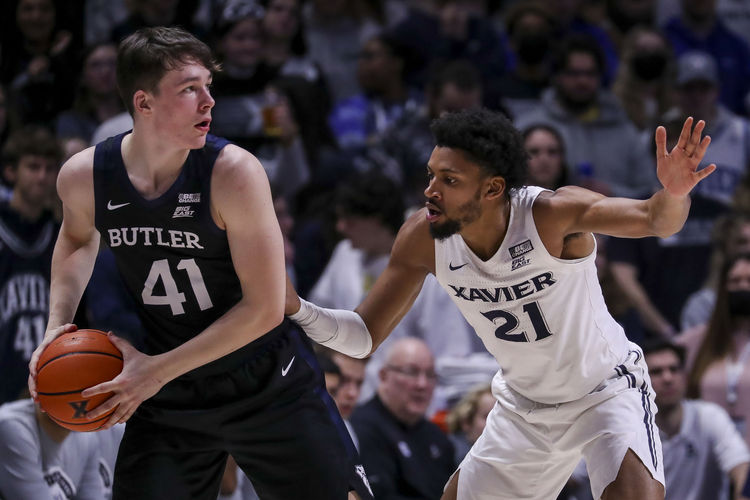 The St. John’s Red Storm and Butler Bulldogs face off on Saturday in a college basketball showdown at Hinkle Fieldhouse. When these two teams faced off in February of 2021 it was Butler that won 76-73.

St. John’s comes into this game with a 12-9 record overall and they are coming off a victory on Thursday over Georgetown. The offense was elite in that game putting up 90 points, and they need the offense to be good in this game. St. John’s is averaging 80 points while their defense is giving up 74.4 points per game. The Red Storm like to play at a fast pace, but at times the defense has been a big issue. Julian Champagnie has been the best player for the Red Storm this season averaging 18.3 points while shooting 42.1 percent from the field and 34.7 percent from behind the three point line.

On the other side of this matchup is the Butler Bulldogs who sit with an 11-11 record but they are coming off a loss in the last game. Butler was competitive against Xavier, but the defense couldn’t make enough plays late, and that led to the two point defeat. Butler is averaging 62.4 points while their defense is giving up 64.2 points per game. Chuck Harris has been the top player for Butler averaging 11 points while shooting 35.8 percent from the field and 30.8 percent from behind the three point line. In this game, if Butler wants a chance to get the job done, the defense is going to need to be good.

Butler’s offense has been a little better as of late, and there will be no shortage of scoring in this game. Look for St. John’s to run up the score, and there won’t be a whole lot of defense played by either team. St' John's is coming off a game where they put up 90 points. Back the over to cash.