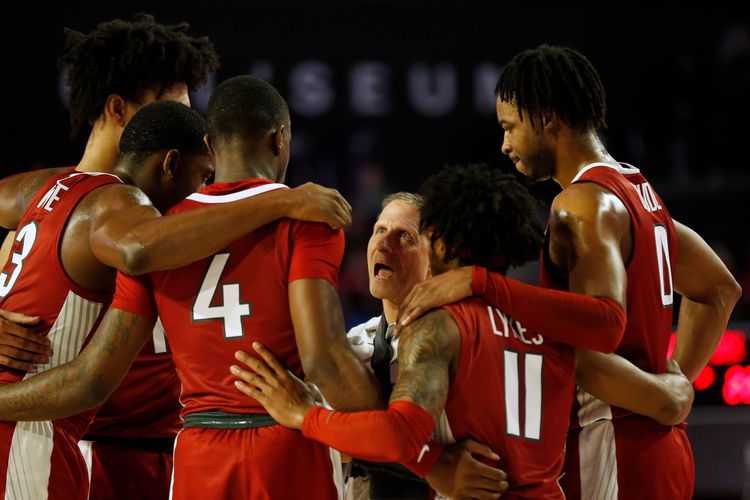 Mississippi State comes into this game with a 14-7 record overall and they have gone 11-9-1 against the spread. In the last game against South Carolina the offense was strong scoring 78 points and that led to 14 point victory. The Bulldogs are averaging 74.3 points while their defense is giving up 66.5 points per game. Iverson Molinar has been the top player for the Bulldogs averaging 18.1 points while shooting 49.8 percent from the field.

On the other side of this matchup is the Arkansas Razorbacks who sit with a 17-5 record overall and they have gone 12-10 against the spread. In the last game against Georgia the offense was elite scoring 99 points and that led to the blowout victory. Arkansas is averaging 79.3 points while their defense is giving up 68.5 points per game. JD Notae has been the top player for Arkansas averaging 19 points while shooting 43.5 percent from the field and 31.6 percent from behind the three point line. There are three different players that are averaging at least 10 points per game.

Arkansas has found success covering spreads their last seven games, and at home they have been a different team. The Razorbacks are averaging 79.3 points per game, and their offense is going to run up the score. The Bulldogs offense at times has been inconsistent, and this is a game where they are going to struggle to keep up. Back Arkansas against the spread.