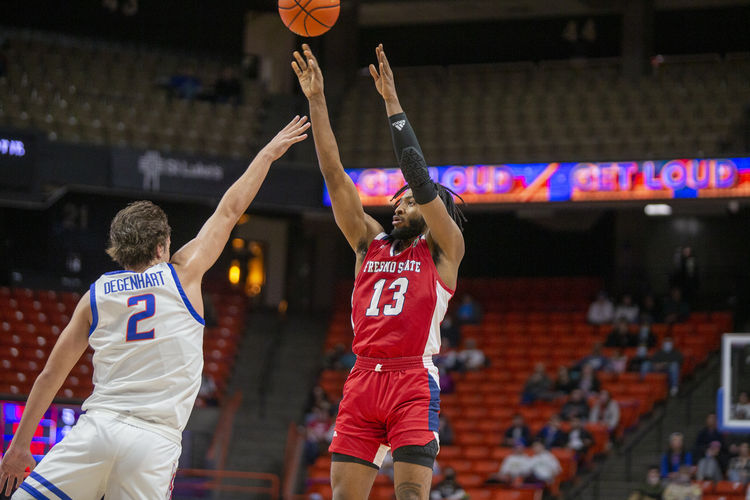 The Nevada Wolf Pack and Fresno State Bulldogs face off on Friday in a college basketball showdown at the Save Mart Center. When these two teams faced off on January 21st it was Nevada that came away with the 77-73.

Grant Sherfield was the best player for Nevada putting up 17 points. Orlando Robinson was the top player for Fresno State putting up 26 points and 12 rebounds.

Nevada comes into this game with a 9-10 record and they have gone 5-13 against the spread. The biggest issue has been with the inconsistency. In the last game against UNLV the offense could only manage 58 points and that led to the 11 point defeat. Nevada is averaging 73.4 points while their defense is giving up 75.2 points per game. Grant Sherfield has been the best player for Nevada averaging 18.3 points while shooting 42.6 percent from the field and 36.3 percent from behind the three point line. Sherfield is dealing with a foot injury and it’s unclear if he will be able to go. If he can’t go, that will be a big loss for Nevada.

On the other side of this matchup is the Fresno State Bulldogs who sit with a 15-6 record and they have gone 13-6-1 against the spread. Fresno State has won two of their last three games including the last game against San Jose State. In that game Fresno State only gave up 43 points and that led to the blowout victory. Fresno State is averaging 67 points while their defense is giving up only 57 points per game. This is a defense first team and it’s going to be important that the defense locks down early in this game.

Nevada has struggled to cover spreads on the road while Fresno State has found a lot of success covering spreads on their home court this year. Look for Nevada to struggle to score against Fresno State, even if they have Shefield and that will be the difference in this game. Look for Fresno State to come away with a cover of the spread.