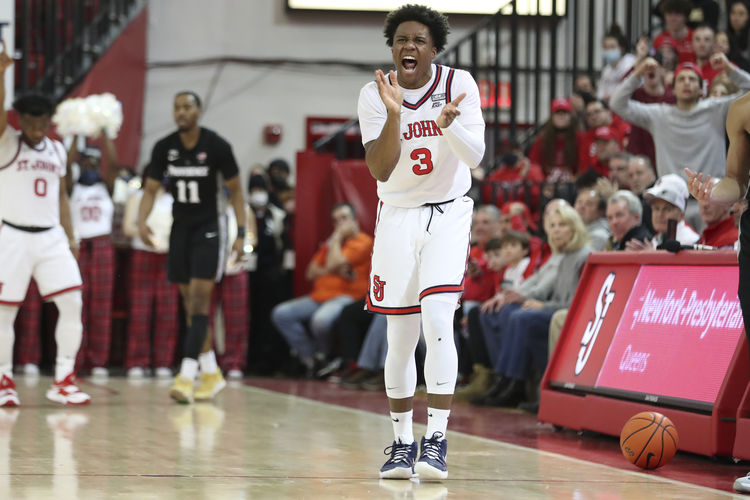 The St. John’s Red Storm and Georgetown Hoyas face off on Thursday in a college basketball  showdown at McDonough Arena. When these two teams faced off on January 16th it was St John’s that won 88-69.

St. John’s was led by Julian Champagnie who finished with 25 points and six rebounds. Kaiden Rice was the best player for Georgetown finishing with 19 points and five rebounds.

Georgetown has had some struggles this season sitting with a 6-13 record and they have gone 8-11 against the spread. Georgetown has lost nine games in a row and in the last game against Seton Hall they lost 70-63. Georgetown is averaging 72.4 points while their defense is giving up 76.1 points per game. Aminu Mohammed has been the top player for Georgetown averaging 13.8 points while shooting 41.3 percent from the field and 35.9 percent from behind the three point line. There are four different players that are averaging at least 12.2 points per game.

On the other side of this matchup is the St. John’s Red Storm who sit with an 11-9 record and they have gone 8-12 against the spread. In the last game against the Providence Friars, St. John’s scored 82 points but their defense gave up 86 points. St. John’s is averaging 79.5 points while their defense is giving up 74.3 points per game. Julian Champagnie has been the best player for St. John’s averaging 18.3 points while shooting 42.1 percent from the field and 34.7 percent from behind the three point line.

Georgetown had no chance in the first game against St. John’s and that is going to be the case again. Look for St. John’s to run up the score and this game is going to get out of hand early. Back St. John’s to come away with a cover of the spread.