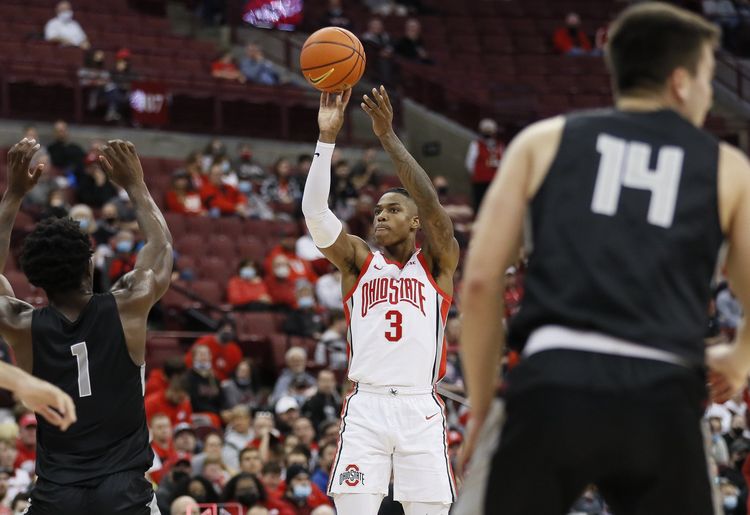 The Iowa Hawkeyes and Ohio State Buckeyes face off on Thursday in a Big Ten college basketball showdown at the Value City Arena. When these two teams faced off in February of 2021 it was Iowa that won 73-57.

Iowa comes into this game with a 14-7 record and they have gone 12-9 against the spread. Coming into this game Iowa has lost two games in a row including the last game against Penn State. The offense hasn’t been as dominant as the beginning of the season, and they need to find a way to score more. Iowa is averaging 82.8 points while their defense is giving up 71 points per game. Forward Keegan Murray has been the top player for Iowa averaging 22.3 points while shooting 55.1 percent from the field and 34 percent from behind the three point line.

On the other side of this matchup is the Ohio State Buckeyes who sit with a 13-5 record and they have gone 9-9 against the spread. In the last game against Purdue, Ohio State was competitive, but they were defeated by three points. The defense gave up 81 points in that game. Ohio State is averaging 75.3 points while their defense is giving up 68 points per game. E.J. Liddell has been the top player for Ohio State averaging 19.7 points while shooting 51.5 percent from the field and 39.7 percent from behind the three point line.

I don’t trust this Iowa offense right now, and their defense has been awful this year. Look for Ohio State to run up the score against Iowa and that is going to be the difference as the Buckeyes get the job done. Back Ohio State to come away with a cover of the spread.