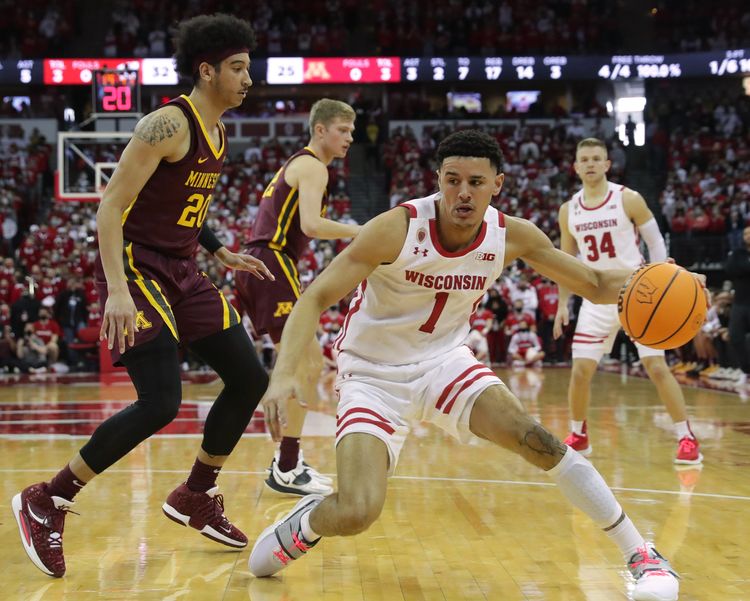 The Wisconsin Badgers and Illinois Fighting Illini face off on Wednesday in a college basketball showdown at the State Farm Center. When these two teams faced off on February of 2021 it was Illinois that won 74-69.

Wisconsin comes into this game with a 17-3 record overall and they have gone 12-8 against the spread. In the last game against Minnesota it was probably closer than they hoped, but they won 66-60. The defense did look really good in that game, but the offense just wasn’t that great. Wisconsin is averaging 72.4 points while their defense is giving up 66.5 points per game. Johnny Davis has been the top player for the Badgers averaging 21.4 points while shooting 44 percent from the field and 35.5 percent from behind the three point line.

On the other side of this matchup is the Illinois Fighting Illini who sit with a 15-5 record and they have gone 9-11 against the spread. In the last game against Northwestern the defense was elite giving up only 56 points and that led to the three point victory. Illinois defense was especially good in the first half giving up only 19 points. Illinois is averaging 77.2 points while defense is giving up 65.8 points per game. Kofi Cockburn has been the top player for Illinois averaging 21.1 points while shooting 58.9 percent from the field. There are five different players that are averaging at least 10.2 points per game. In this game, Illinois is going to need the offense to be good against this Wisconsin defense.

Wisconsin has been a better offensive team this season and Illinois has been one of the best offensive teams in the Big Ten. Look for this game to be fast paced, and there will be very little defense scored by either team in this game. Back the over to cash by at least seven points.