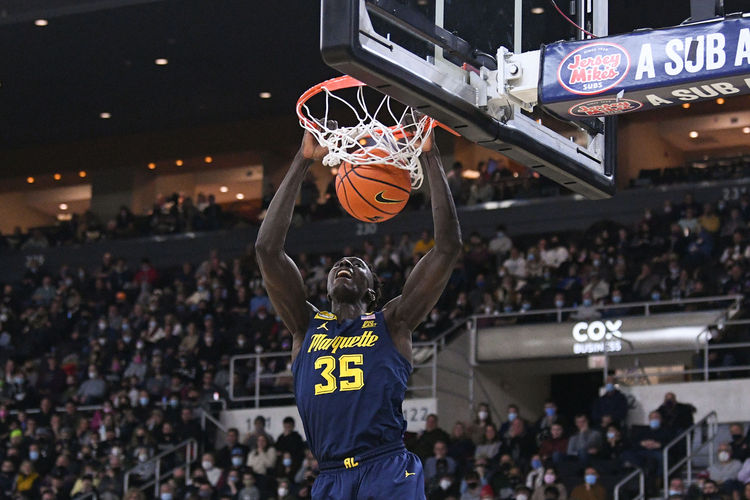 The Villanova Wildcats and Marquette Golden Eagles face off on Wednesday in a college basketball showdown at the Fiserv Forum. When these two teams faced off on January 19th it was Marquette that won 57-54.

The Golden Eagles best player was Justin Lewis who finished with 21 points and seven rebounds. Eric Dixon was the best player for Villanova scoring 15 points.

Villanova comes into this game with a 16-5 record and they have gone 12-9 against the spread. In the last game against St. John’s the defense was strong giving up only 62 points and that led to the 11 point victory. Villanova is averaging 72.5 points while their defense is giving up 60.1 points per game. Collin Gillespie has been the best player this season for Villanova averaging 17.1 points while shooting 46.4 percent from the field and 43.1 percent from behind the three point line.

On the other side of this matchup is the Marquette Golden Eagles who sit with a 15-7 record and they have gone 14-8 against the spread. Marquette has found a lot of success but in the last game against Providence, they lost by two points. Marquette is averaging 73.7 points while their defense is giving up 68.7 points per game. Forward Justin Lewis has been the top player for Marquette averaging 16.5 points while shooting 43.9 percent from the field and 32.7 percent from behind the three point line.

I think the wrong team is favored in this game. Marquette has been playing some really good basketball and they already have a win over Villanova this year. Look for Marquette to find offensive success and that will be enough to cover the spread. I am also throwing a few dollars on Marquette to win this game outright.