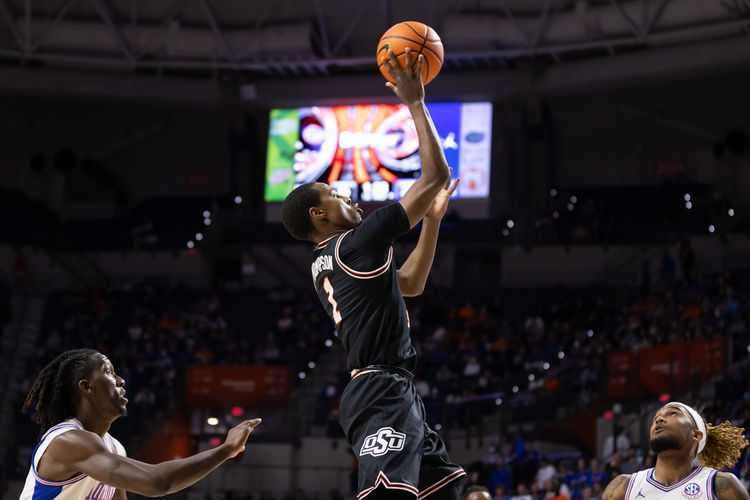 The Oklahoma State Cowboys and Kansas State Wildcats face off on Wednesday in a college basketball showdown at the Bramlage Coliseum. When these two teams faced off in February of 2021 it was Oklahoma State that won 67-60.

Oklahoma State comes into this game with a 10-10 record and they have gone 7-13 against the spread. This isn’t a team that hasn’t had the best results in terms of wins and losses, but they are scrappy. In the last game against Florida though, they looked awful giving up 81 points and that led to the nine point defeat. Oklahoma State is averaging 69.5 points while their defense is giving up 66.8 points per game. Guard Avery Anderson III has been the top player for Oklahoma State averaging 11.1 points while shooting 40.1 percent from the field.

On the other side of this matchup is the Kansas State Wildcats who sit with a 10-10 record and they have gone 10-9-1 against the spread. A few weeks ago, Kansas State was playing better, but they have lost three games in a row. In the last game against Ole Miss, the offense could only manage 56 points and that led to the 11 point defeat. The Wildcats are averaging 67 points while their defense is giving up 63 points per game. Nijel Pack has been the top player for Kansas State averaging 16.6 points while shooting 44.4 percent from the field and 42.4 percent from behind the three point line.

I don’t trust this Kansas State team right now, and I expect their offense is going to really struggle against Oklahoma State. Look for Oklahoma State to score at least 65 points and that will be enough for them to get the job done. Back Oklahoma State to come away with the cover of the spread.