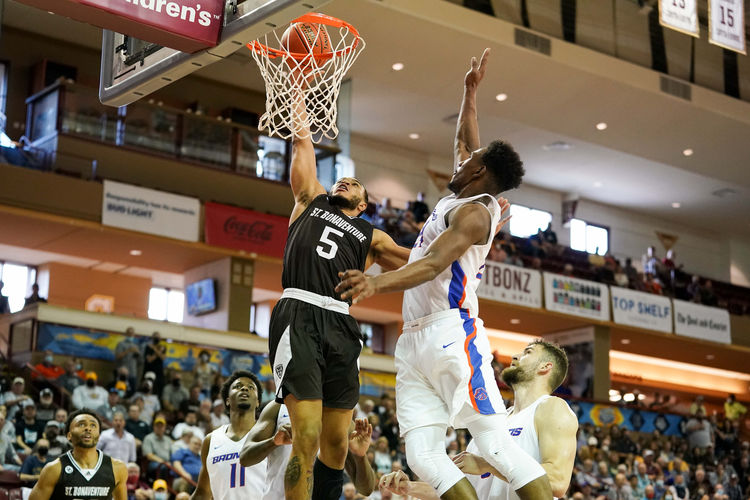 The Davidson Wildcats and St. Bonaventure Bonnies face off on Tuesday in a college basketball showdown at the Reily Center. When these two teams faced off in February of 2021 it was St. Bonaventure that won 56-53.

Davidson comes into game with a 17-3 record overall and they have gone 13-6 against the spread. In the last game against La Salle, Davidson’s offense was strong scoring 77 points and that led to the eight point victory. Davidson is averaging 76.8 points while their defense is giving up 66.8 points per game. Guard Hyunjung Lee has been the top player for Davidson averaging 15.9 points while shooting 48.8 percent from the field. There are four different players who are averaging at least 12.5 points per game.

On the other side of this matchup is the St. Bonaventure Bonnies who come into this game with a 12-5 record overall and they have gone 5-12 against the spread. In the last game against Saint Joseph’s the offense scored 80 points and that led to the 11 point victory. The Bonnies are averaging 70.6 points while their defense is giving up 67.7 points per game. Guard Jaren Holmes has been the top player for St. Bonaventure averaging 15.5 points while shooting 40.7 percent from the field and 29.4 percent from behind the three point line.

Davidson has found success covering spreads on the road and it’s going to be no different in this game. I expect the Wildcats to find a ton of success scoring again and the Bonnies aren’t going to be keeping up. St. Bonaventure has struggled to cover the spread at home, and it’s going to right true again. Back Davidson against the spread.