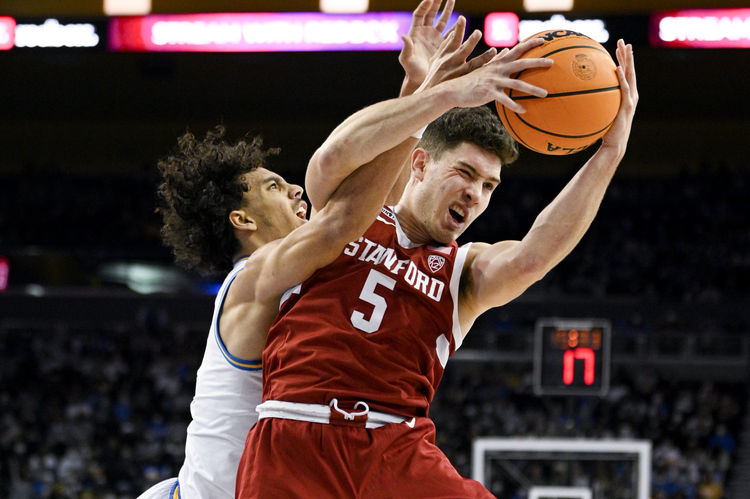 The California Golden Bears and Stanford Cardinal face off on Tuesday in a college basketball showdown at Maples Pavillion. When these two teams faced in March of 2021 it was Cal that came away with the 76-58.

Cal comes into this game with a 9-12 record overall and they have gone 14-7 against the spread. In the last game against USC, California was competitive but they still gave up 79 points and lost by seven points. Cal is averaging 64.9 points while their defense is giving up 66 points per game. Guard Jordan Shepherd has been the top player for Cal this season averaging 14.3 points while shooting 38.5 percent from the field and 31.9 percent from behind the three point line. There have been three players that are averaging at least 10.4 points per game.

On the other side of this matchup is the Stanford Cardinal who sit with a 12-7 record and they have gone 8-10-1 against the spread. In the last game against UCLA the offense could only manage 43 points and that led to the 23 point defeat. Stanford is averaging 67.9 points while their defense is giving up 69.4 points per game. Forward Harrison Ingram has been the top player for Stanford averaging 11.2 points while shooting 40.2 percent from the field and 35.3 percent from behind the three point line.

Stanford is 1-4-1 against the spread in their last six games played on Tuesday. The over is 5-0 in Cal’s last five games played on Tuesday. The under is 5-1 in Stanford’s last six games. The under is 8-2 in Cal’s last 10 games against a team with a winning straight up record. The over is 6-1 in the Cardinal last 7 home games against a team with a road winning % of less than .400.

Stanford’s offense struggled to score in the last game, and points are going to be hard to come by in this game. Look for Stanford’s defense to also be good, and Cal is going to have issues getting to 60 points. Back the under to cash with ease.