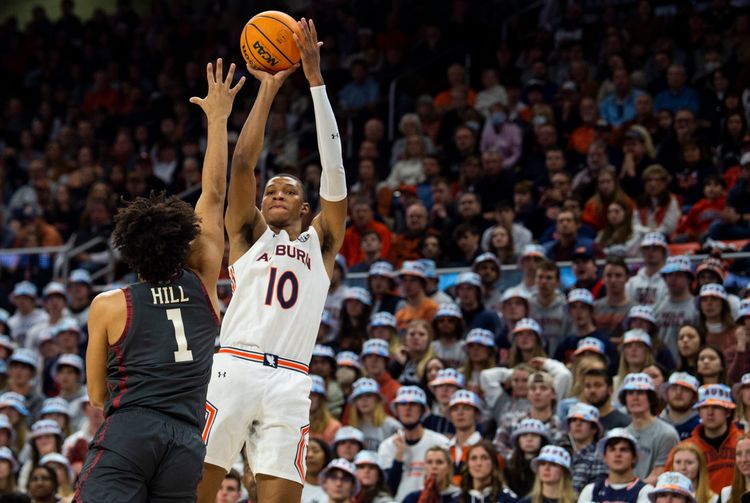 The Alabama Crimson Tide and Auburn Tigers face off on Tuesday in a college basketball showdown at Auburn Arena. When these two teams faced off on January 11th it was Auburn that won 81-77.

The best player for Auburn was Jabari Smith who finished with 25 points and seven rebounds. Alabama used a balanced attack with five different players finishing with at least 10 points. In the last game against Oklahoma the offense was elite scoring 86 points and that led to the blowout victory. Auburn is averaging 79.7 points while their defense is giving up 65.4 points per game. Jabari Smith has been the best player for the Tigers averaging 15.6 points while shooting 43.8 percent from the field. Auburn likes to play a fast pace, but they also have a swarming defense that makes life tough on opponents.

Alabama comes into this game with a 14-7 record overall and they have gone 8-12-1 against the spread. Alabama have had issues at times this season, but they are coming off an impressive victory in the last game. Alabama was able to put up 87 points against Baylor, and that was enough to win by nine points. Alabama comes into this game averaging 81.4 points while their defense is giving up 74.9 points per game. Jaden Shackelford has been the best player for Alabama averaging 17.2 points while shooting 40.8 percent from the field and 36.8 percent from behind the three point line.

Alabama looked good in the last game, but they are going to struggle against this Auburn defense and that is going to be the difference in this game. Look for Auburn to score at least 80 points, and that will be the difference. Back Auburn against the spread. This is a total I would stay far away from.