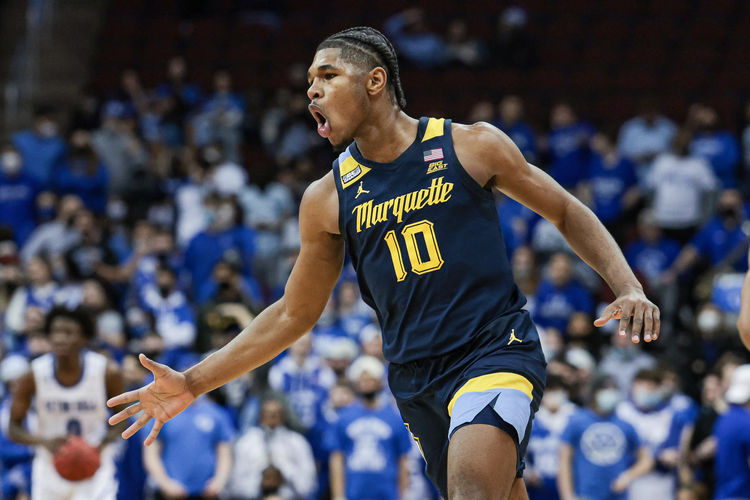 The Marquette Golden Eagles and Providence Friars face off on Sunday in a Big East college basketball showdown at the Dunkin’ Donuts Center. This game was supposed to be played on Saturday but the snowstorm postponed the game.

Marquette comes into this game with a 15-6 record and they have won seven games in a row. In the last game against Seton Hall they almost blew the game in the second half, but Marquette won by ten points. Marquette is averaging 74.2 points while their defense is giving up 68.9 points per game. Forward Justin Lewis has been the top player for Marquette averaging 16.6 points while shooting 44.3 percent from the field.

On the other side of this matchup is the Providence Friars who sit with a 17-2 record and they have gone 12-0 straight up at home. Providence is averaging 70.2 points while their defense is giving up 64 points per game. In the last game against Xavier, it was a close game, but Providence was able to win by three points. Guard Al Durham has been the top player for the Friars averaging 13.8 points while shooting 35.7 percent from the field and 25.4 percent from behind the three point line. There are three different players that are averaging at least 10.7 points per game.

Marquette is 5-0 against the spread in their last five games. The over is 5-0 in the Friars last five Sunday games. The under is 3-0-1 in Marquette’s last four games played on Sunday.

Both these teams have been playing really well, but I trust Marquette more in this game, even on the road. I expect Marquette’s defense is going to lock down Providence and that will be enough to get the job done. Back Marquette to come away with a cover of the spread.