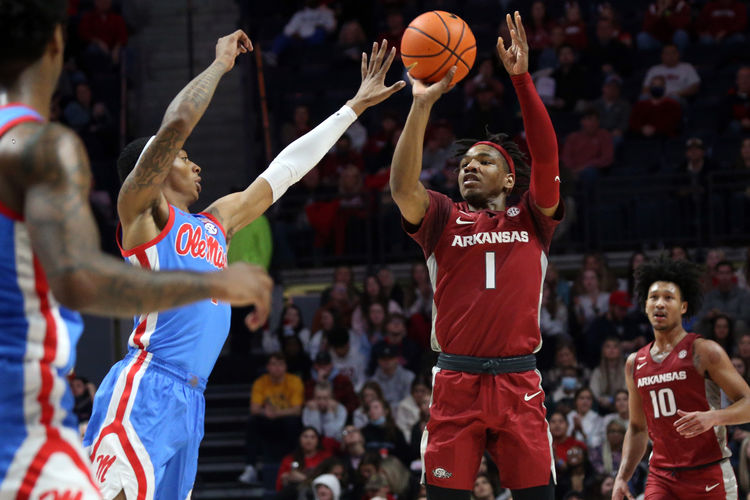 The West Virginia Mountaineers and Arkansas Razorbacks face off on Saturday in a college basketball showdown at Bud Walton Arena. When these two teams last faced off in 2006 it was Arkansas that won 71-64.

West Virginia comes into this game with a 13-6 record and they have gone 8-11 against the spread. The Mountaineers played well to start the season but they have really struggled as of late losing three games in a row. In the last game against Oklahoma, West Virginia could only score 62 points and that led to the 10 point defeat. The Mountaineers are averaging 68.4 points while their defense is giving up 64.8 points per game. Taz Sherman has been the top player for West Virginia averaging 18.5 points while shooting 42.1 percent from the field and 33.7 percent from behind the three point line.

On the other side of this matchup is the Arkansas Razorbacks who come into this game with a 15-5 record overall and they have gone 10-10 against the spread. In the last game against Ole Miss the defense was strong giving up only 55 points and that led to the nine point victory. Arkansas is averaging 78.4 points while their defense is giving up 68.3 points per game. JD Notae has been the top player for Arkansas averaging 18.9 points while shooting 41.5 percent from the field and 30.1 percent from behind the three point line.

West Virginia has really struggled as of late, and I don’t see them turning it around in this game. West Virginia is going to struggle to score while Arkansas gets close to 80 points. This is a game that it wouldn’t shock me if Arkansas won by 30 points. Back Arkansas against the spread.