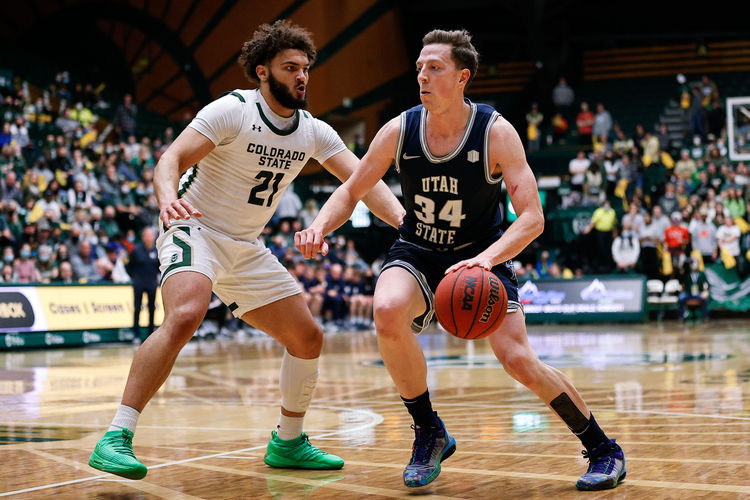 The Utah State Aggies and Nevada Wolfpack face off on Saturday in a college basketball showdown at Lawlor Events Center. When these two teams faced off in February of 2021 it was Utah State that won 87-66.

Utah State comes into this game with a 11-9 record overall and they have gone 10-9 against the spread. Utah State was struggling but they are coming off an impressive win against San Diego State. The defense locked down giving up only 57 points and that led to the easy victory. The Aggies are averaging 75 points while their defense is giving up 68.5 points per game. Forward Justin Bean has been the star of this team averaging 18.5 points while shooting 56.8 percent from the field and 48.9 percent from behind the three point line.

On the other side of this matchup is the Nevada Wolfpack who sit with a 9-8 record and they have gone 5-11 against the spread. Nevada has lost two of their last three games, including the last game Colorado State. THe defense gave up 77 points in that game and it led to the loss. Nevada is averaging 75.7 points while their defense is giving up 75.4 points per game. Grant Sherfield has been the top player for Nevada averaging 19.2 points while shooting 44.2 percent from the field and 37.5 percent from behind the three point line. There are five different players averaging at least 10 points per game.

These are two offenses that have been strong and there will be very little defense played by either squad. Look for both offenses to run up the score, and this game is going to go well over the total. Back the over to cash.  In terms of the side it's a lean to Nevada to come to cover the spread.