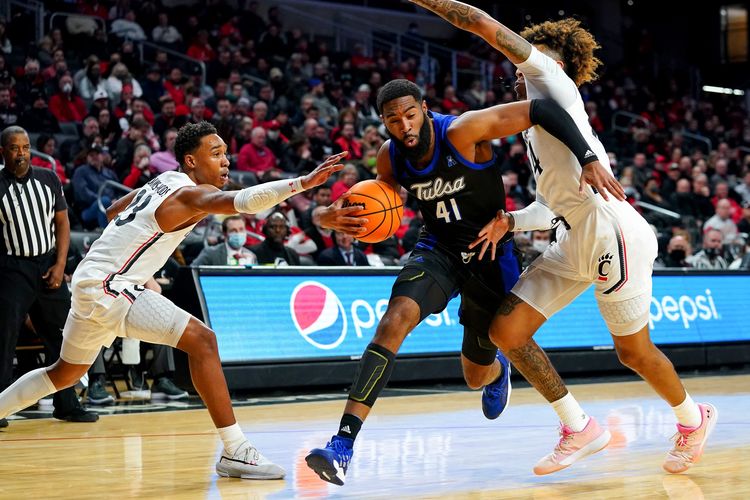 The South Florida Bulls and Tulsa Golden Hurricane face off on Saturday in a college basketball showdown at the Reynolds Center. When these two teams faced off in January of 2021 it was Tulsa that won 61-51.

South Florida comes into this game with a 6-12 record overall and they have gone 7-11 against the spread. In the last game against SMU the offense scored only 54 points and that led to the 20 point defeat. South Florida is averaging 58.4 points while their defense is giving up 63.6 points per game. Guard Caleb Murphy has been the best player for South Florida averaging 12.1 points while shooting 41.7 percent from the field. In this game, South Florida needs to try to get the offense going.

On the other side of this matchup is the Tulsa Golden Hurricane who sits with a 6-12 record and they have gone 9-9 against the spread. In the last game against Tulane, the defense really struggled giving up 97 points and that led to the 34 point defeat. Tulsa is averaging 68.6 points while their defense is giving up 71.2 points per game. Jeriah Horne has been the top player for Tulsa averaging 16.4 points while shooting 44.6 percent from the field and 40 percent from behind the three point line.  Tulsa’s roster is talented

South Florida is 1-6 against the spread in their last seven games following a double digit loss at home. Tulsa is 4-1 against the spread in their last five home games against a team with a losing road record. The under is 4-1 in South Florida’s last five Saturday games. The over is 5-1 in the Golden Hurricane’s last 6 games following a straight up loss of more than 20 points.

South Florida’s offense isn’t great and they are going to struggle again big time in this game to find success. The Bulls are averaging only 58.4 points and I don’t see them getting above 50 points in this game. Back Tulsa to come away with a cover of the spread. In terms of the total. the under is going to cash.