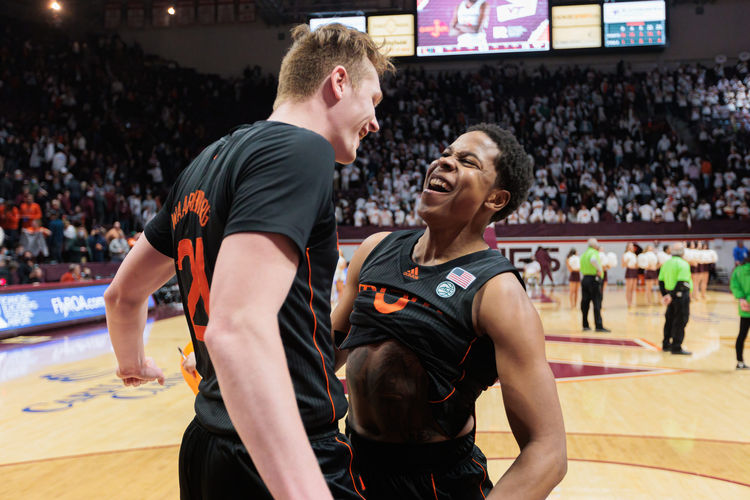 The Miami Hurricanes and Georgia Tech Yellow Jackets face off on Saturday in a college basketball showdown at McCamish Pavillion. When these two teams faced off in March of 2021 it was Georgia Tech that won 70-66.

Miami comes into this game with a 15-5 record overall and they have gone 10-10 against the spread. The Hurricanes last game was against Virginia Tech and it was a halfcourt shot at the buzzer that sealed the victory. Miami is averaging 76 points while their defense is giving up 71.9 points per game. Kameron McGusty has been the top player for Miami averaging 17.9 points while shooting 48.8 percent from the field and 36.6 percent from behind the three point line. There are three different players averaging at least 12 points.

On the other side of this matchup is the Georgia Tech Yellow Jackets who sit with a 9-10 record and they have gone 6-11-1 against the spread. The Yellow Jackets last game was an impressive victory over Florida State. The defense gave up only 61 points and that led to the 14 point victory. The biggest issue has been inconsistency, and in this game, they are going to need to build off that last win. The Yellow Jackets are averaging 70.4 points while their defense is giving up 68.9 points per game. The top player for Georgia Tech has been Michael Devoe who is averaging 19.2 points while shooting 47.5 percent from the field.

Georgia Tech was impressive in the last game, but I don’t think they are going to continue success in this game. Look for Miami’s defense to lock down Georgia Tech’s offense and that is going to be the difference as the Hurricanes get the job done. Back Miami to win this game by double digits and cover the spread.