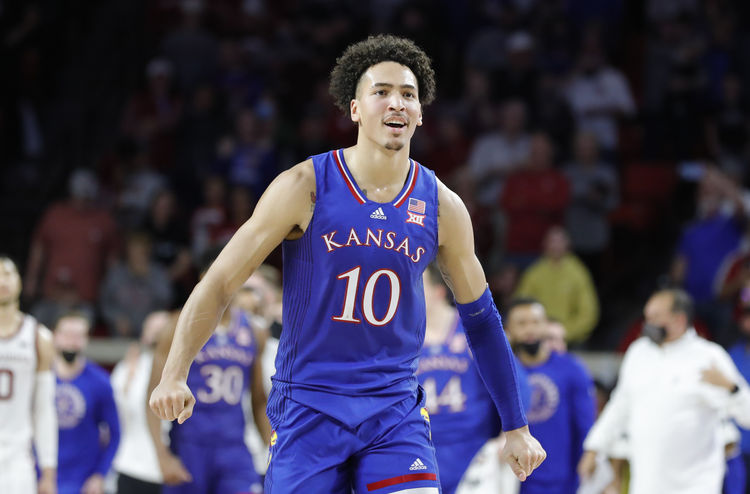 The Kentucky Wildcats and Kansas Jayhawks face off on Saturday in a college basketball showdown at Allen Fieldhouse. When these two teams faced off on December 1st of 2020 it was Kansas that won 65-62.

Kentucky comes into this game with a 16-4 record overall and they have gone 9-11 against the spread. In the last game against Mississippi State, the offense was strong scoring 82 points and that led to the eight point victory. Kentucky is averaging 82.3 points while their defense is giving up 64.3 points per game. Oscar Tshiebwe has been the top player for Kentucky this season averaging 16.3 points while shooting 61.5 percent from the field. There are five different players who are averaging at least 10 points per game. TyTy Washington seems to be doubtful for this game which is a big lsos for this team.

On the other side of this matchup is the Kansas Jayhawks who sit with a 17-2 record and they have gone 8-10-1 against the spread. In the last game against Texas Tech it took overtime to get the job done, but the Jayhawks were able to win 94-91. Two games ago against Kansas State it took a big comeback late to secure the victory. Kansas is averaging 81.5 points while their defense is giving up 67.9 points per game. Ochai Agbaji has been the top player for Kansas averaging 21.3 points while shooting 52.7 percent from the field and 47 percent from behind the three point line.

Kansas has played with fire the last few games, and it’s going to finally catch up with them against Kentucky. Look for Kentucky’s offense to find success, and Kansas is going to fall behind early. This game is going to go down to the final basket and Kentucky is going to cover the spread.