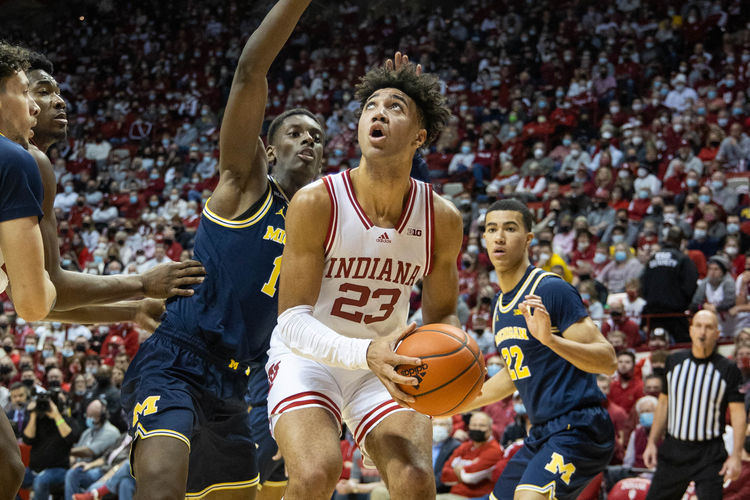 The Indiana Hoosiers and Maryland Terrapins face off on Saturday in a college basketball showdown at the Xfinity Center in College Park. When these two teams faced off in January of 2021 it was Indiana that won 63-43.

The Indiana Hoosiers come into this game with a 15-5 record overall and they have gone 12-8 against the spread. In the last game against Penn State, the defense was strong giving up only 57 points and that led to the victory. In this game if Indiana wants to get the job done the defense is going to need to be good. Indiana is averaging 74 points while their defense is giving up 63.4 points per game. Trayce-Jackson Davis has been the top player for Indiana averaging 18.4 points while shooting 60.2 percent from the field.

On the other side of this matchup is the Maryland Terrapins who sit with an 11-9 record overall and they have gone 8-12 against the spread. In the last game against Rutgers, Maryland scored 68 points and that led to the eight point victory. Maryland is averaging 70.9 points while their defense is giving up 69 points per game. Guard Eric Ayala has been the top player for Maryland averaging 16.2 points while shooting 41 percent from the field and 37.1 percent from the field. There are three different players who are averaging at least 12 points per game.

Indiana is the better team, and even on the road they are going to find success. Indiana’s defense is giving up only 63.4 points per game and they are going to lock down in this game. Look for a big game from Trayce-Jackson Davis and Indiana will come away with a cover of the spread.