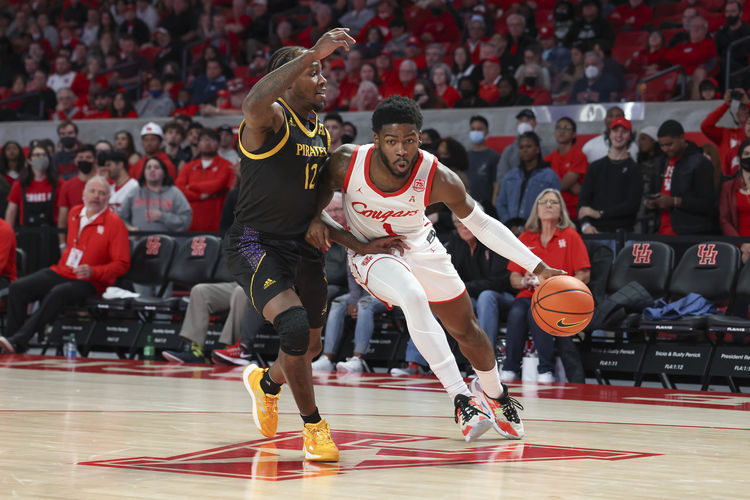 The Houston Cougars and Central Florida Knights face off on Saturday in an AAC college basketball showdown at CFE Arena. When these two teams faced off in January of 2021 it was Houston that won 75-58.

Houston comes into this game with a 17-2 record overall and they have gone 12-7 against the spread. The last game for Houston came against East Carolina and it was an impressive victory winning 79-36. The Cougars are averaging 77.7 points while their defense is giving up 56.6 points per game. One problem for Houston is their top player Marcus Sasser is out for the season with a toe injury. Kyler Edwards is the top player that is left on this team averaging 14.4 points while shooting 43.7 percent from the field and 43.7 percent from behind the three point line.

On the other side of this matchup is the Central Florida Knights who sit with a 12-6 record overall and they have gone 7-11 against the spread. In the last game against Wichita State the defense really struggled giving up 84 points and that led to the defeat. Central Florida is averaging 72.6 while their defense is giving up 67.7 points per game. Darin Green Jr has been the top player for Central Florida averaging 13.3 points while shooting 41.8 percent from the field and 38.4 percent from behind the three point line.

Central Florida has had a nice season but they have been a bit inconsistent so they give me some pause. UCF has a good offense, but Houston is a strong defense and they are going to slow down the Knights in this game. Look for Central Florida to finish with right around 55 points and that will mean Houston is covering the spread. Back Houston to come away with a cover of the spread.