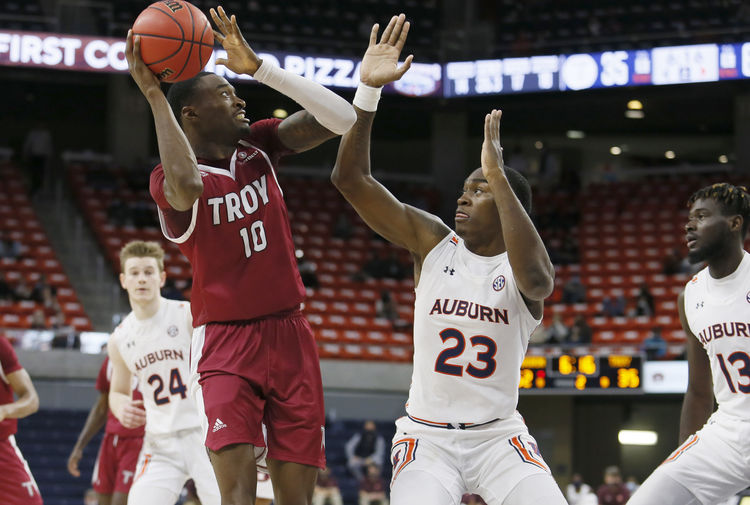 The Troy Trojans and South Alabama Jaguars face off on Thursday in a college basketball showdown at Mitchell Center. When these two teams faced off in February of 2021 it was South Alabama that won 58-51.

Troy comes into this game with a 13-6 record overall and they have gone 10-6 against the spread. In the last game against Louisiana Lafayette the offense only managed 59 points and that led to the 10 point loss. Troy is averaging 71.5 points while their defense is giving up 64.7 points per game. Efe Odigie has been the top player for Troy averaging 11.3 points while shooting 48.8 percent from the field and 40 percent from behind the three point line. One issue for Troy when they do struggle is they don’t really have a star, but they have a balanced attack.

On the other side of this matchup is the South Alabama Jaguars who sit with a 14-5 record and they have gone 10-5 against the spread. In the last game against Louisiana-Monroe the defense was strong giving up only 56 points and that led to the victory. South Alabama is averaging 74.6 points while their defense is giving up 63.8 points per game. Charles Manning Jr has been the top player for South Alabama averaging 17.8 points while shooting 45.5 percent from the field and 28.4 percent from behind the three point line.

Troy and South Alabama have both been good this season and the strength of both of these teams has been the offense. I expect very little defense to be played, and this game is going to be a shootout. Back the over to cash.