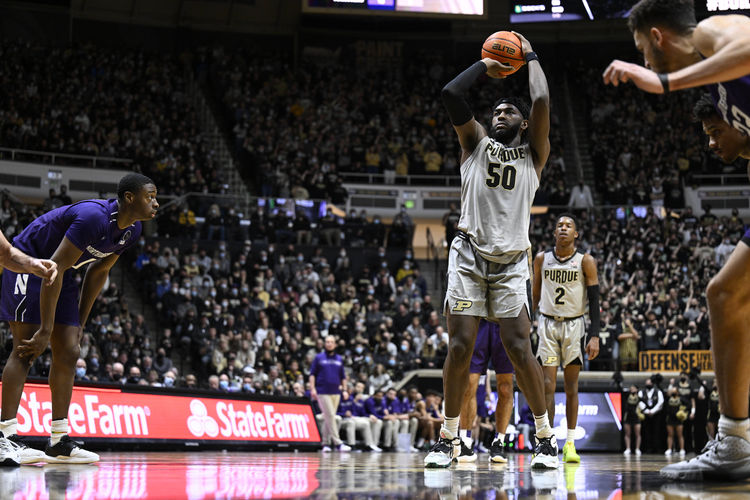 The Purdue Boilermakers and Iowa Hawkeyes face off on Thursday in a college basketball showdown at Carver-Hawkeye Arena. When these two teams faced on December 3rd it was Purdue that won 77-70.

Iowa was led by Patrick McCaffrey who finished with 15 points, five rebounds, and three assists. Center Jayden Ivey was the top player for Purdue finishing with 19 points, two rebounds, and two assists.

Purdue comes into this game with a 16-3 record overall and they have gone 10-9 against the spread. In the last game against Northwestern, Purdue’s offense had another strong game putting up 80 points and that led to the 20 point victory. Purdue is averaging 84.7 points while their defense is giving up 64.7 points per game. Jayden Ivey has been the top player for Purdue averaging 16.7 points while shooting 48.5 percent from the field and 42.4 percent from the field. Idey is dealing with a hip injury but it looks like he’s going to go in this game.

On the other side of this matchup is the Iowa Hawkeyes who sit with a 14-5 record overall and they have gone 12-7 against the spread. In the last game against Penn State, Iowa’s defense was strong giving up only 51 points and that led to the 17 point victory. Iowa is averaging 83.1 points while their defense is giving up 69.4 points per game. Keegan Murray has been the top player for Iowa averaging 22.8 points while shooting 57.3 percent from the field and 34.1 percent from behind the three point line. The last two games though, Iowa’s offense hasn’t been as strong.

The Boilermakers are 0-4 against the spread in their last 4 games as a road favorite. The under is 4-0 in Iowa’s last four games as a home underdog. The over is 4-0 in the Hawkeyes' last 4 home games against a team with a road winning percentage of greater than .600.

The first time these two teams faced off the final score was only 147 and I expect this game will finish right around that number again. Iowa’s offense is going to struggle again and that will lead to this game staying under the total.