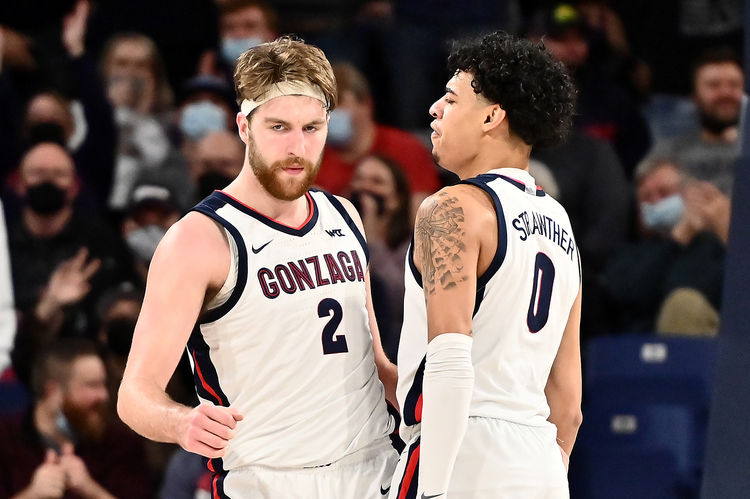 The Loyola Marymount Lions and Gonzaga Bulldogs face off on Thursday in a college basketball showdown at the McCarthey Athletic Center. When these two teams faced off in February of 2021 it was Gonzaga that won 86-69.

Loyola Marymount comes into this game with a 9-8 record overall and they have gone 6-10 against the spread. In the last game against Saint Mary’s the offense could only manage 51 points and that led to the blowout defeat. The Lions are averaging 68.8 points while their defense has given up 71.2 points per game. Guard Eli Scott has been the top player for Loyola Marymount averaging 16.7 points while shooting 54.1 percent from the field and 20.8 percent from behind the three point line. If Loyola Marymount wants a chance to come away with the victory the defense is going to need to be very good or this is going to be a very long game.

On the other side of this matchup is the Gonzaga Bulldogs who sit with a 15-2 record and they have gone 9-7-1 against the spread. In the last game against San Francisco the defense was strong giving up only 62 points and that led to the 16 point victory. Gonzaga wants to play at a fast pace and they are averaging 90.2 points while the defense is giving up 66.2 points per game. Forward Drew Timme has been the top player for Gonzaga averaging 18.8 points while shooting 63.4 percent from the field and 25 percent from deep.

The Lions offense hasn’t been great especially in the last game and they are going to really struggle in this game. Look for Gonzaga to get close to 100 points and this game is going to be ugly for Loyola Marymount. Back Gonzaga against the spread.