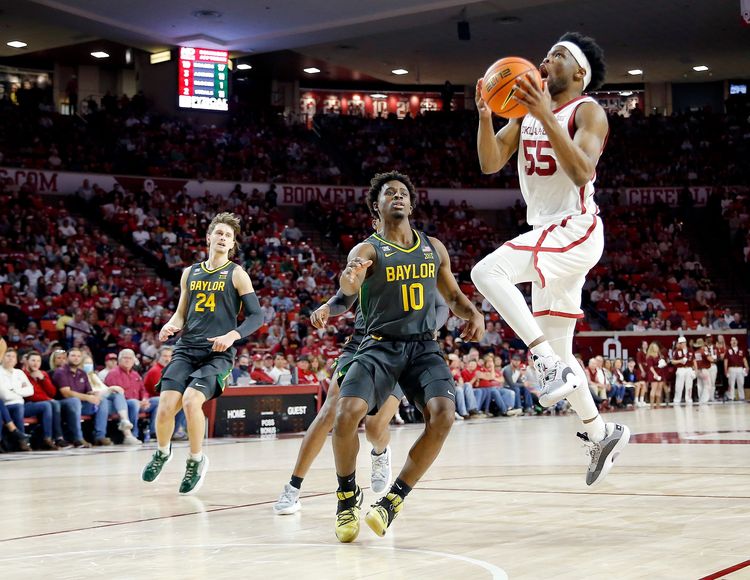 The Oklahoma Sooners and West Virginia Mountaineers face off on Wednesday in a college basketball showdown at WVU Coliseum. When these two teams faced off in February of 2021 it was Oklahoma that won 91-90.

Oklahoma comes into this game with a 12-7 record overall and they have gone 9-10 against the spread. In the last game against Baylor, the Sooners offense really struggled scoring only 51 points and that led to the 14 point defeat. Oklahoma is averaging 70.8 points while their defense is giving up 62.5 points per game. Forward Tanner Groves has been the top player for Oklahoma averaging 12.7 points while shooting 55.6 percent from the field and 37.5 percent from behind the three point line. Umoja Gibson has also been good, averaging 12.4 points while shooting 40.1 percent from the field.

On the other side of this matchup is the West Virginia Mountaineers who sit with a 13-5 record and they have gone 8-10 against the spread. West Virginia has lost three games in a row and in the last game against Texas Tech they lost by 13 points. West Virginia is averaging 68.7 points while their defense is giving up 64.4 points per game. Taz Sherman has been the best player for West Virginia averaging 18.9 points while shooting 42.5 percent from the field and 34 percent from behind the three point line.

West Virginia hasn’t impressed me, and I expect they are going to struggle again with their defense in this one. Look for Oklahoma to get a strong game from Groves and that is going to be the difference in this one. Back Oklahoma against the spread.