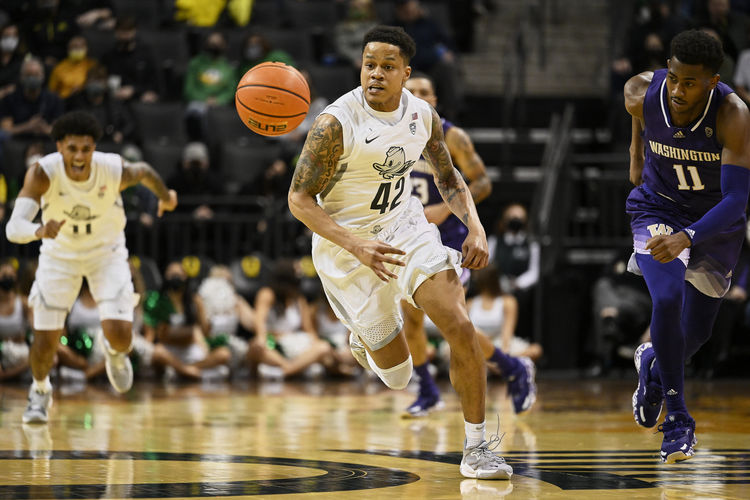 The Colorado Buffaloes and Oregon Ducks face off on Tuesday in a college basketball showdown at Matthew Knight Arena. When these two teams faced off in February of 2021 it was Oregon that won 60-56.

Colorado comes into this game with a 12-6 record and they have gone 5-11-2 against the spread. In the last game against UCLA, Colorado was competitive but they had dug too big of a hole in the first half and were defeated by six points. The Buffaloes are averaging 70.3 points while their defense is giving up 66.1 points per game. Jabari Walker has been the top player for Colorado averaging 13.4 points while shooting 45.3 percent from the field. In this game, Colorado needs the defense to be strong.

On the other side of this matchup is the Oregon Ducks who sit with a 12-6 record and they have gone 7-11 against the spread. Oregon has finally figured it out and in the last game against Washington they won 84-56. Oregon is averaging 73.4 points while their defense is giving up 67.1 points per game. Guard Will Richardson has been the top player for Oregon averaging 14.8 points while shooting 48.7 percent from the field and 46 percent from behind the three point line. There are three different players who are averaging at least 10.4 points per game.

All trends point towards the under and I expect points are going to be very hard to come by in this game. Colorado is going to struggle to score against Oregon, and that will lead to this game staying well under the total. Back the under to cash. In terms of the side it’s a lean to Oregon to cover few point spread, but the stronger play is with the under to cash.