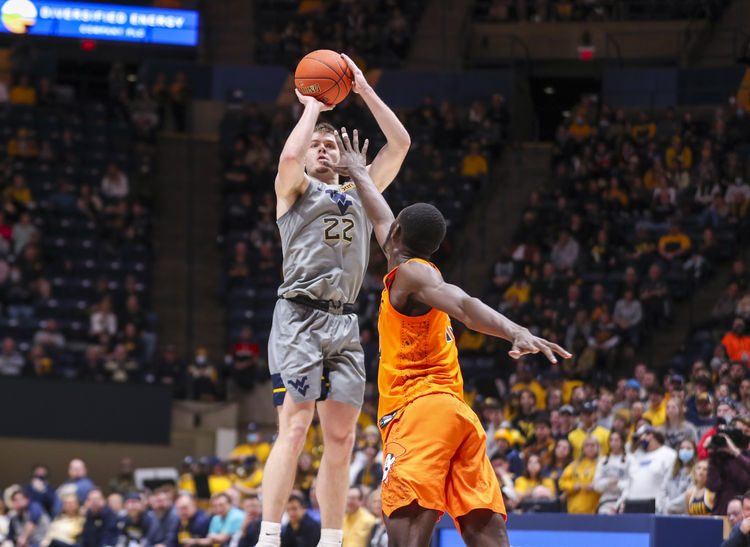 The West Virginia Mountaineers and Kansas Jayhawks face off on Saturday in a college basketball showdown at Allen Fieldhouse. When these two teams faced off in February of 2021 it was West Virginia that won 91-79.

West Virginia comes into this game with a 13-2 record overall and they have gone 8-7 against the spread. West Virginia’s last game was against Oklahoma State, and the defense was strong in that game giving up only 60 points. West Virginia is averaging 69.7 points while their defense is giving up 61.3 points per game. Guard Taz Sherman has been the top player for West Virginia averaging 19.9 points while shooting 43.9 percent from the field and 36.4 percent from behind the three point line. In this game if the Mountaineers want to win this game they need to get out to a fast start and the defense is going to need to be good.

On the other side of this matchup is the Kansas Jayhawks who sit with a 13-2 record and they have gone 7-7-1 against the spread. In the last game against Iowa State, they almost blew it late, but they were able to hold on for the one point victory. Kansas is averaging 81.7 points while their defense is giving up 66.8 points per game. Ochai Agbaji has been the top player for Kansas averaging 20.6 points while shooting 53.3 percent from the field and 47.5 percent from behind the three point line. One big issue for this team is they haven’t gotten consistent play out of the center position.

Kansas almost blew it in the last game against Iowa State, and they are going to have issues pulling away in this game. Look for a slower paced game where the Jayhawks struggle to score. They might still win, but West Virginia will cover the spread.