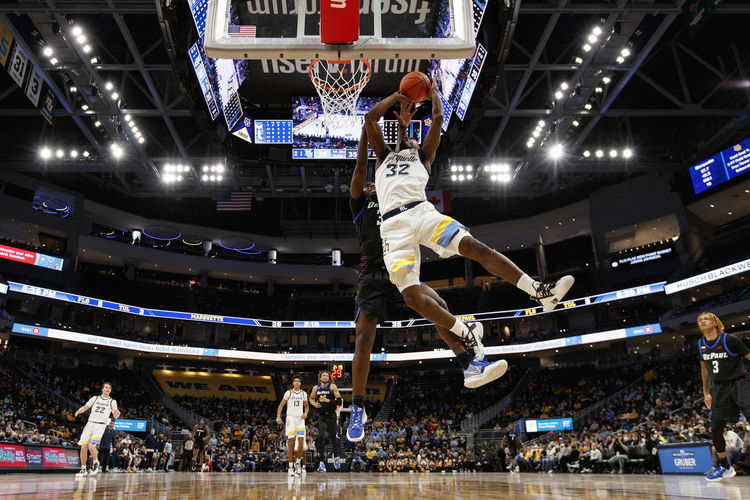 The Seton Hall Pirates and Marquette Golden Eagles face off on Saturday in a college basketball showdown at Fiserv Forum. When these two teams faced off in February of 2021 it was Seton Hall that won 57-51.

Seton Hall comes into this game with an 11-4 record overall and they have gone 7-7 against the spread. Even though Seton Hall has played well, they didn’t look good in the last game against DePaul. In the first half of that game they gave up 52 points, and that led to the defeat. Seton Hall is averaging 79.1 points while their defense is giving up 66.7 points per game. Jared Rhoden has been the top player for Seton Hall averaging 16.9 points while shooting 41.8 percent from the field and 29.2 percent from behind the three point line.

On the other side of this matchup is the Marquette Golden Eagles who sit with an 11-6 record and they have gone 9-8 against the spread. Marquette has won three games in a row including that last victory over DePaul. The offense scored 87 points and that was enough to win by 11 points. Marquette is averaging 75.3 points while their defense is giving up 70.2 points per game. Forward Justin Lewis has been the top player for Marquette averaging 15.1 points while shooting 42.6 percent from the field and 26.3 percent from behind the three point line.

These are two offenses that have been strong as of late, and especially Seton Hall has had issues defending. I expect both offenses are going to be strong and this is going to be a higher scoring affair. Look for this game to have very little defense played, and the over is going to cash. I would also buy this number up a few points to get extra value.