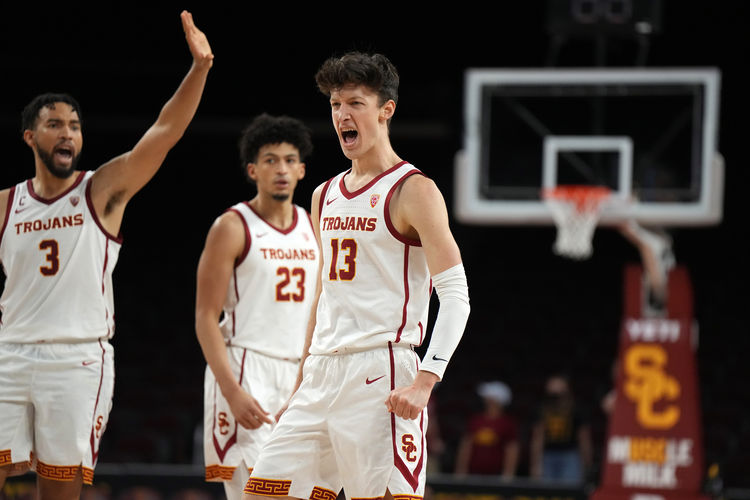 The Oregon Ducks and USC Trojans face off on Saturday in a college basketball showdown at the Galen Center. When these two teams faced off in March of 2021 it was USC that won 82-68.

The Oregon Ducks come into this game with a 10-6 record overall and they have gone 5-11 against the spread. In the last game against UCLA it took overtime, but Oregon played their best game of the season and came away with the 84-81 victory. Oregon is averaging 72.4 points while their defense is giving up 67.7 points per game. Guard Will Richardson has been the top player for Oregon averaging 13.6 points while shooting 46.1 percent from the field and 43.2 percent from behind the three point line.

On the other side of this matchup is the USC Trojans who sit with a 14-1 record and they have gone 8-7 against the spread. The Trojans last game was against Oregon State and the offense scored 81 points on the way to the victory. USC is averaging 75.9 points while their defense is giving up 62.5 points per game. USC wants to play a faster pace, but their defense doesn’t get enough attention for what they have done. Isaiah Mobley is the best player for USC averaging 15.1 points while shooting 47.4 percent from the field. The one thing USC can’t do is overlook this game, or they will allow Oregon to pull off a second straight upset.

Oregon looked good against UCLA and they are going to keep this game close. Look for Oregon to find offensive success against USC and that is going to be enough for them to cover the spread. Back Oregon against the spread. I also expect this to be a high scoring affair and for the over to cash.