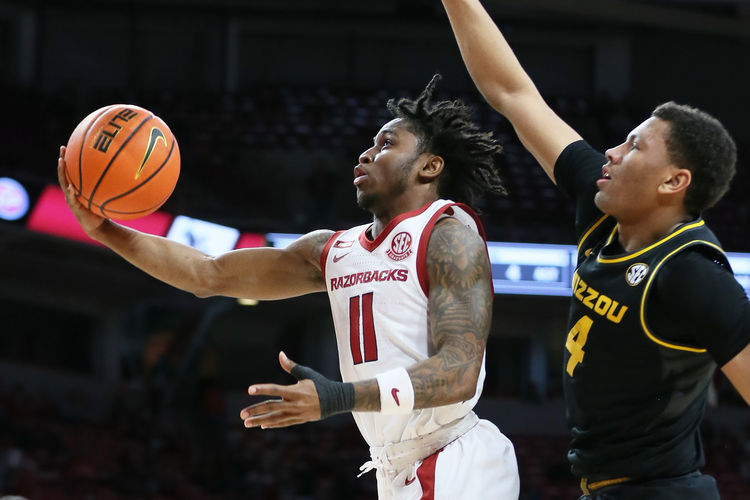 Arkansas is coming off an 87-43 win over Missouri in its last game at home on January 12th. Arkansas was in must-win mode as the Razorbacks had lost three straight games (all three conference games) before the 44-point win over Mizzou. Arkansas is now 11-5 overall and 1-3 in SEC play while also owning a 7-9 against the spread record. Arkansas will now face its toughest test in conference play yet, a road battle with #12 ranked LSU. Arkansas' leading scorer so far this season has been G JD Notae, who has scored 18.8 points per game for the Razorbacks. F Jaylin Williams leads the team in rebounds per game (8.6) and G Davonte Davis leads the team in assists per game (3.9). Arkansas as a team has scored 80.5 points per game and has shot the ball at a 46.1% clip from the field. Arkansas has also allowed 70.1 points per game to its opponents.

LSU is coming off a 64-58 win over Florida in its last game on the road on January 12th. LSU has now won three straight games against some of the conference's best teams in Florida, Tennessee, and Kentucky. LSU's last and only loss of the season was a 70-55 loss to Auburn on the road, but other than that loss LSU has dominated its competition. LSU is 15-1 overall, 3-1 in SEC play, and has been one of the best cover teams in the nation with a 13-3 against the spread record. LSU's leading scorer so far this season has been F Tari Eason, who has scored 15.5 points per game for the Tigers. F Darius Days leads the team in rebounds per game (7.8) and G Xavier Pinson leads the team in assists per game (4.6). LSU as a team has scored 76.1 points per game and has shot the ball at a 45.1% clip from the field. LSU has also allowed 56.5 points per game to its opponents as well.

LSU is a 7-point favorite and the total is set at 145.5. With the way LSU is playing, it is tough to see Arkansas competing for 40 minutes on the road. Seven points is a lot in a conference game, though, and this Arkansas team is not short on talent. I think LSU wins this game in the end, but I think it is by the 3-5 point range. I think this is a case of too many points and a bit of an inflated line, so I will take the points with Arkansas.