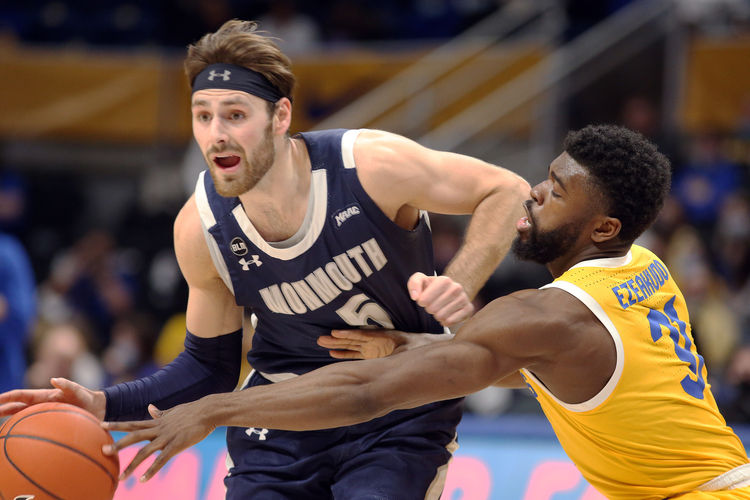 The Monmouth Hawks and Saint Peter’s Peacocks face off on Friday in a college basketball showdown at Yanitelli Center. When these two teams faced off in December of 2020 it was Saint Peter’s that won 78-76.

Monmouth comes into this game with a 10-3 record overall and they have gone 12-1 against the spread. The last game for Monmouth came against Hofstra on December 22nd and in that game they lost by six points.  Monmouth is averaging 72.8 points while their defense is giving up 66.8 points per game. Monmouth guard George Papas has been the top player for the Hawks averaging 16.3 points while shooting 43.4 percent from the field and 37.7 percent from behind the three point line.

On the other side of this matchup is the Saint Peter’s Peacocks who sit with a 3-6 record and they have gone 3-5 against the spread. Saint Peter’s has dealt with COVID issues and their last game came back on December 18th against Stony Brook. In that game, Saint Peter’s was competitive, but they couldn’t make the plays late and lost by a point. Saint Peter’s is averaging 66.2 points while their defense is giving up 66.3 points per game. The Peacocks are averaging only 56 shots per game which is 289th in college basketball. Daryl Banks III has been the top player for Saint Peter’s averaging 12.3 points while shooting 43.4 percent from the field and 35.9 percent from behind the three point line.

Both of these teams have had a layoff and I expect that is going to lead to both teams getting out to slow starts. This is going to be a slower paced game, and this game is going to stay under the total. Back the under to cash.