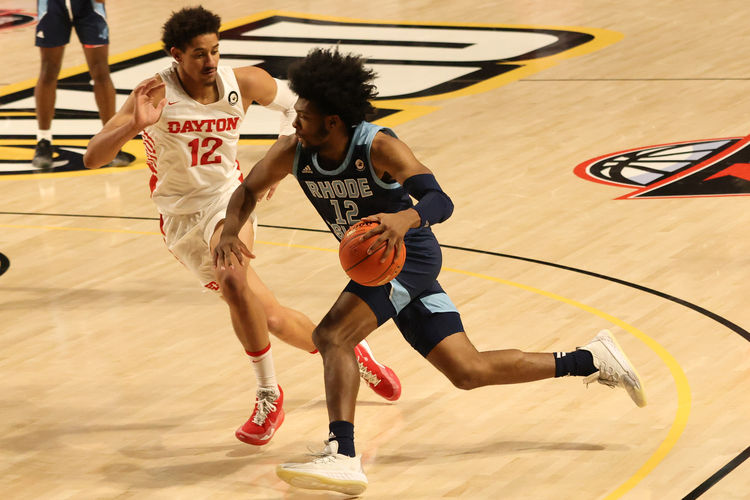 The Saint Joseph’s Hawks and Rhode Island Rams face off on Wednesday in a college basketball showdown at the Ryan Center. When these two teams faced off in January of 2021 it was Rhode Island that won 85-77.

Saint Joseph comes into this game with a 7-6 record and they have gone 8-5 against the spread. The last game for the Hawks came against Davidson and the offense wasn’t good in that game giving up 88 points and that led to the 15 point defeat. The Hawks are averaging 72.1 points while their defense is giving up 70.4 points per game. Guard Jordan Hall has been the top player for Saint Joseph’s averaging 16.4 points while shooting 40.6 percent from the field and 36.5 percent from behind the three point line.

On the other side of this matchup is the Rhode Island Rams who sit with a 9-4 record and they have gone 8-4 against the spread. In the last game against Rhode Island actually played pretty well but they couldn’t make the winning plays late as they were defeated by four points. Rhode Island is averaging 70.8 points while their defense is giving up 62.5 points per game. Guard Jeremy Sheppard has been the top player for the Rams averaging 11.5 points while shooting 40.5 percent from the field and 37.7 percent from behind the three point line.

Rhode Island didn’t find success in the last game, but they are the much better team in this matchup. Rhode Island is going to run up the score, and Saint Joseph is going to have no answer. This game is going to get out of hand early as Rhode Island comes away with the cover of the spread. I do expect this also be a higher scoring affair, and it's a lean to the over to cash.