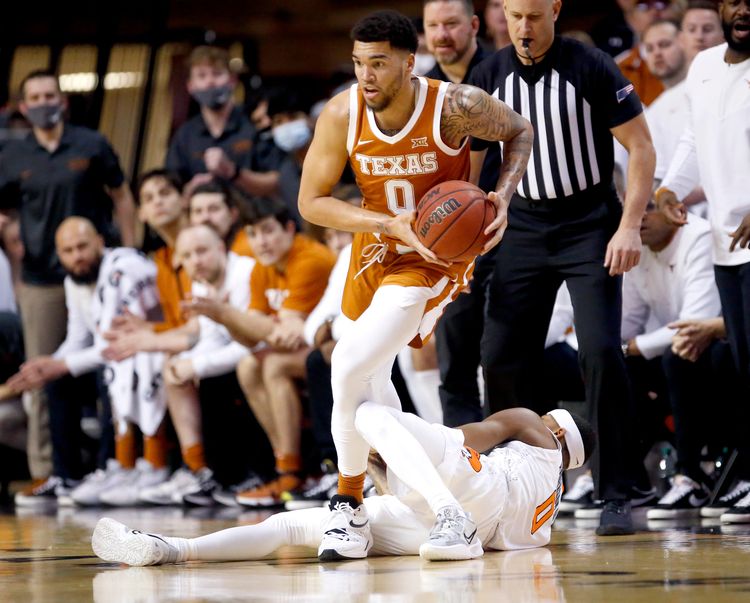 The Oklahoma Sooners and Texas Longhorns face off on Tuesday in a college basketball showdown at the Frank Erwin Center. When these two teams faced off in March of 2021 it was Texas that won 69-65.

Oklahoma comes into this game with a 12-3 record overall and they have gone 8-7 against the spread. In the last game against Iowa State the offense was strong scoring 79 points on the way to a victory. It was even more impressive considering how good the Cyclones defense has been most of the season. Oklahoma is averaging 74.7 points while their defense is giving up 62.1 points per game. Forward Tanner Groves has been the top player for Oklahoma averaging 14.3 points while shooting 59.1 percent from the field and 40.4 percent from deep.

On the other side of this matchup is the Texas Longhorns who sit with a 12-3 record and they have gone 7-8 against the spread. In the last game against Oklahoma State the offense really struggled scoring only 51 points and that led to the 13 point defeat. Texas is averaging 70.7 points while their defense is giving up 53.1 points per game. The defense is ranked second in college basketball in terms of points given up per game. Forward Timmy Allen has been the top player for Texas averaging 11.2 points while shooting 51.5 percent from the field and 28.6 percent from behind the three point line.Tre Mitchell who is the second leading scorer is dealing with COVID and it’s unclear if he will be able to go in this game.

Oklahoma’s offense looked good against a good defense in Iowa State and they will continue that success in this game. Oklahoma might not do enough to win this low scoring game, but they will come away with a cover of the spread. Back Oklahoma against the spread.