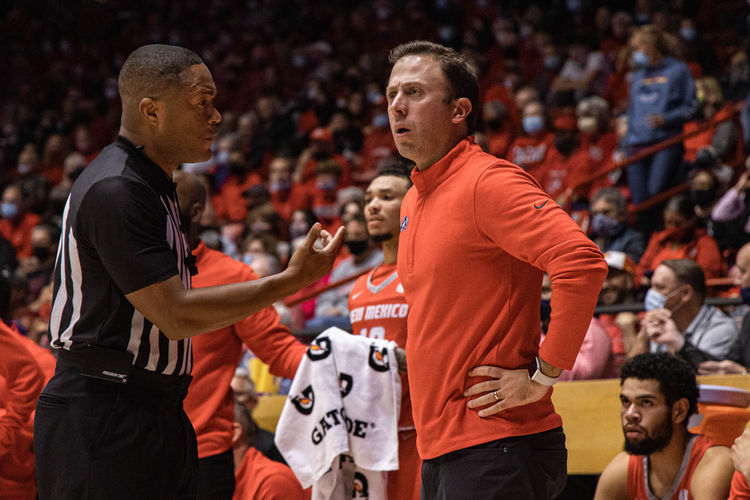 The New Mexico Lobos and UNLV Runnin Rebels face off on Tuesday in a college basketball showdown in Las Vegas Nevada. When these two teams faced off in January of 2021 it was UNLV that won 53-46.

New Mexico comes into this game with a 7-8 record and they have gone 9-4-1 against the spread. In the last game against Utah State they were able to get to overtime but they lost by three points. The defense also gave up 49 points in the second half and that can’t happen again in this game. New Mexico is averaging 79.4 points while their defense is giving up 77.9 points per game. Jamal Mashburn Jr has been the top player for the Lobos averaging 19 points while shooting 43.9 percent from the field. Head coach Richard Pitino is dealing with COVID and it’s unclear if he will be on the sideline in this game.

On the other side of this matchup is the UNLV Runnin Rebels who sit with an 8-6 record overall and they have gone 4-9 against the spread. In the last game against San Diego State the offense could only manage 55 points and that led to the seven point defeat. UNLV is averaging 70.4 points while their defense is giving up 66.3 points per game. Guard Bryce Hamilton has been the top player for UNLV averaging 18.4 points while shooting 42.9 percent from the field and 31.8 percent from behind the three point line.

New Mexico has had some tough losses this year, but I think they are going to find some success in this game. Look for the Lobos to have no issues scoring, and UNLV’s defense is going to have no answer. Back New Mexico to cover the spread. In terms of the total I expect there to be plenty of scoring and the over will cash.