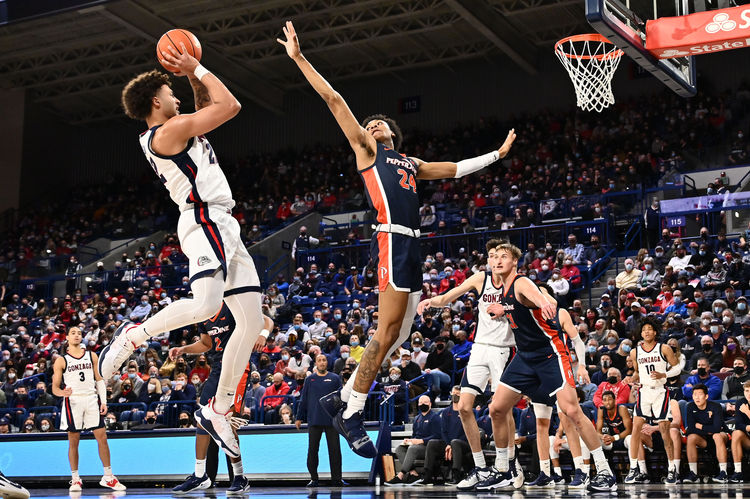 The San Diego Toreros and Pepperdine Waves face off on Monday in a college basketball showdown at the Firestone Fieldhouse. When these two teams faced off in February of 2021 it was Pepperdine that won 90-84.

San Diego comes into this game with a 7-7 record overall and they have gone 5-7 against the spread. In the last game against San Francisco, the defense was a big issue giving up 88 points and that led to the defeat. San Diego is averaging 67 points while their defense is giving up 62.3 points per game. Marcellus Earlington has been the top player for San Diego averaging 13.3 points while shooting 44.9 percent from the field and 41.1 percent from behind the three point line. Jase Townsend has also been good averaging over 11 points per game.

On the other side of this matchup is Pepperdine Waves who sit with a 6-10 record and they have gone 7-8 against the spread. In the last game against Gonzaga, Pepperdine scored 83 points, but their defense gave up 117 points, and that led to the defeat. Pepperdine is averaging 70.4 points while their defense is giving up 75.4 points per game. Forward Jan Zidek has been the top player for Pepperdine averaging 12.6 points while shooting 40.3 percent from the field and 30 percent from behind the three point line. In this game for Pepperdine to find success they are going to need the defense to be better.

Pepperdine’s offense looked good in the last game, and they are facing a much easier test going against San Diego. Look for Pepperdine to run up the score, and San Diego isn’t going to keep this game close. Back Pepperdine to come away with a cover of the spread with ease.