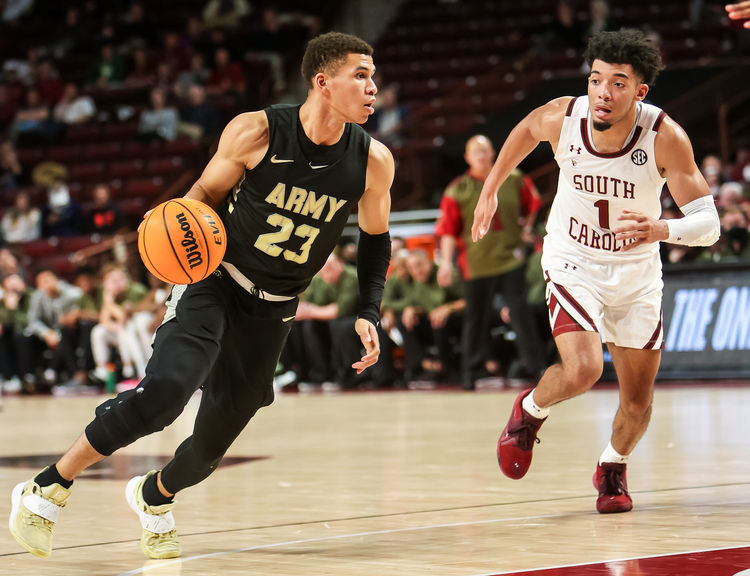 The Army Black Knights and Colgate Raiders face off on Monday in a college basketball showdown at Cotterell Court. When these two teams faced off in February of 2021 it was Colgate that won 92-83.

Army comes into this game with a 9-6 record and they have gone 8-4-1 against the spread. The last game for Army came against Lehigh and the defense was elite in that game giving up only 55 points, which led to the victory. Army is averaging 73.3 points while their defense is giving up 69.8 points per game. Jalen Rucker has been the top player for Army averaging 16.1 points while shooting 39.1 percent from the field and 37.7 percent from behind the three point line. In this game if Army wants to get the job done, the defense is going to need to be good.

On the other side of this matchup is the Colgate Raiders who sit with a 4-10 record and they have gone 3-9-1 against the spread. The Raiders last game came against Lehigh and the offense scored 81 points but the defense gave up 85 points and that led to the defeat. Colgate is averaging 75.1 points while their defense is giving up 73.9 points per game. Guard Nelly Cummings has been the top player for Colgate averaging 17.5 points while shooting 43.5 percent from the field. In this game, the defense is going to need to be better.

Colgate is going to struggle to defend Army, and that is going to be the difference in this game. Look for Army to run up the score, and this game is going to get out of control early. Back Army to cover the spread. In terms of the total, I do expect this to be a high scoring game and the over will cash.