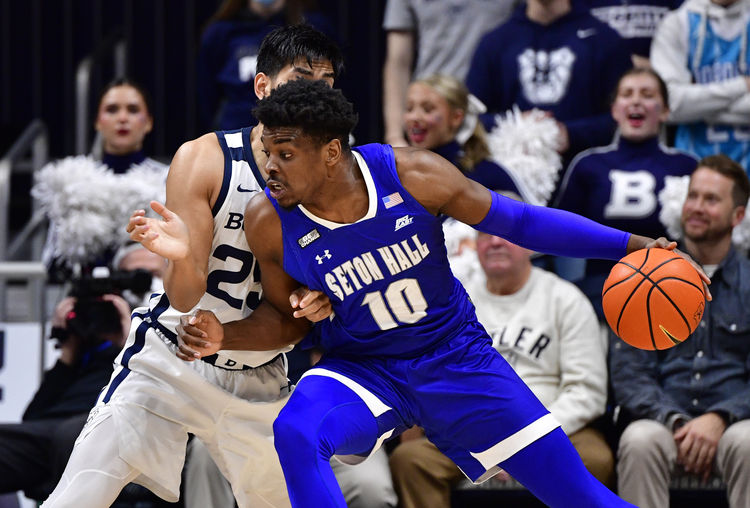 The UConn Huskies and Seton Hall Pirates face off on Saturday in a college basketball showdown at the Prudential Center. When these two teams faced off in March of 2021 it was UConn that won 69-58.

UConn comes into this game with a 10-3 record overall but their last game came on December 21st against Marquette. The offense was strong in thiat game scoring 78 points, and that led to the eight point victory. The Huskies offense has been strong all season averaging 79.3 points while their defense is giving up 62.3 points per game. Guard RJ Cole has been the top player for the Huskies averaging 16.3 points while shooting 39.3 percent from the field and 32.1 percent from behind the three point line. Adamo Sanogo is averaging 14.6 points but he is dealing with a hamstring injury and it’s unclear if he will be able to go in this game.

On the other side of this matchup is the Seton Hall Pirates who sit with a 10-3 record but they have lost two of their last three games. After back to back defeats at the hands of Providence and Villanova, they bounced back in their last game against Butler. The defense was strong giving up only 56 points and that was enough to come away with the comfortable victory. Seton Hall is averaging 74.2 points while their defense is giving up 62.6 points per game. Guard Jared Rhoden has been the top player for Seton Hall averaging 16.4 points while shooting 40.9 percent from the field and 27.9 percent from behind the three point line. Tyrese Samuel is dealing with an undisclosed injury and it’s unclear if he will be able to go in this game.

Seton Hall hasn’t been as strong as of late, and UConn’s offense is going to find success in this game. Look for Seton Hall’s defense to struggle against the Huskies, and UConn is going to get the job done. Back UConn against the spread.