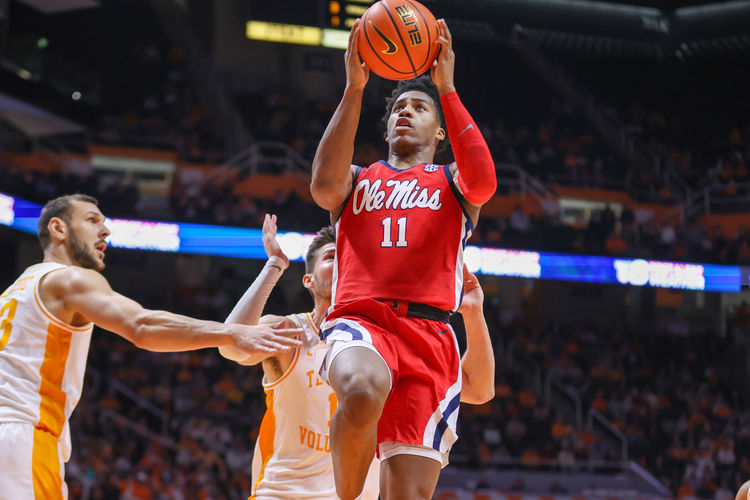 The Ole Miss Rebels and Mississippi State Bulldogs face off on Saturday in a rivalry college basketball showdown in Oxford Mississippi. When these two teams faced off in February of 2021 it was the Bulldogs that won 66-56.

Mississippi State comes into this game with a 10-3 record and they have gone 7-6 against the spread. The last game for the Bulldogs came against Arkansas and the offense was elite in that game scoring 81 points. The Bulldogs are averaging 74.7 points while their defense is giving up 61.9 points per game. Iverson Molinar has been the top player for Mississippi State averaging 16.8 points while shooting 45.3 percent from the field and 29.3 percent from behind the three point line. There are five different players who are averaging at least 10 points per game.

On the other side of this matchup is Ole Miss who sit with an 8-5 record and they have gone 6-7 against the spread. The Rebels have been good for the most part, but they are coming off a loss in their last game against Tennessee. The offense could only manage 60 points, and that led to the six point defeat. Ole Miss is averaging 69.6 points while their defense is giving up 63.6 points per game. Guard Jarkel Joiner has been the top player for Ole Miss averaging 14.8 points while shooting 41.8 percent from the field

This is the first true road game for the Bulldogs, and they are going to be going into a hostile environment. I don’t think their offense is going to run up the score as much as they do at home, and that will allow Ole Miss to keep it close. Back Ole Miss against the spread. In terms of the total, I do expect this to be slower paced and the under is going to cash.