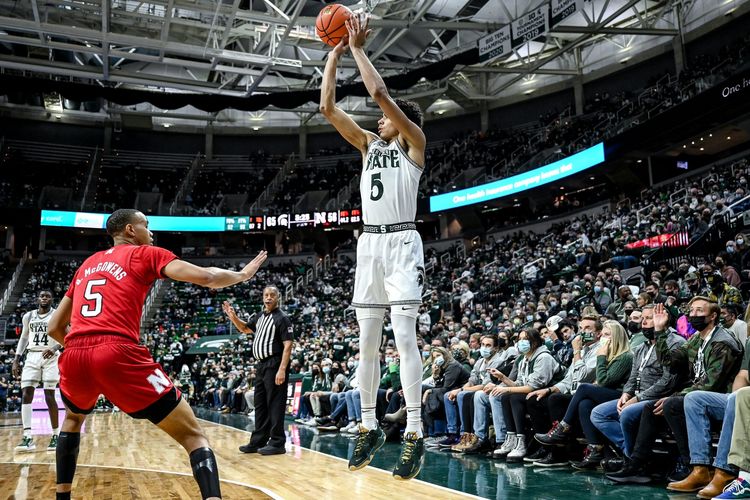 The Michigan State Spartans and Michigan Wolverines face off on Saturday in a rivalry college basketball showdown at the Crisler Center. When these two teams faced off in March of 2021 it was Michigan State that won 70-64.

Michigan State comes into this game with a 13-2 record overall and they have gone 9-5-1 against the spread. The last game for the Spartans came against Nebraska and the offense was strong in that game scoring 79 points. Michigan State is averaging 75.8 points while their defense is giving up 65.5 points per game. Forward Gabe Brown has been the top player for Michigan State averaging 14.5 points while shooting 43.7 percent from the field and 39.8 percent from behind the three point line. There are three different players that are averaging at least 10.4 points per game and the offense needs to have a big game.

On the other side of this matchup is the Michigan Wolverines who sit with a 7-6 record and they have gone 5-8 against the spread. Michigan might be one of the most disappointing teams in all of college basketball and if they don’t turn it around soon, this is a team that might miss the tournament. Michigan is averaging 72.8 points while their defense is giving up 66.8 points per game. Center Hunter Dickinson has been the top player for Michigan averaging 16.1 points while shooting 59.1 percent from the field and 29.4 percent from behind the three point line.