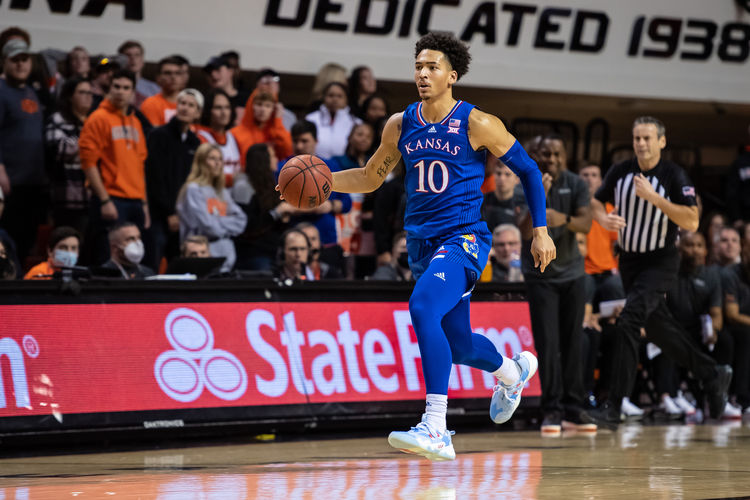 The Kansas Jayhawks and Texas Tech Red Raiders face off on Saturday in a college basketball showdown at the United Supermarkets Arena. When these two teams faced off in February of 2021 it was Kansas that won 67-61.

Kansas comes into this game with a 12-1 record overall and in their last game against Oklahoma State the defense was good giving up only 63 points and that led to the 11 point victory. Kansas is averaging 84.3 points while their defense is giving up 66.6 points per game. Ochai Agbaji has been the top player for Kansas averaging 20.2 points while shooting 52.9 percent from the field and 45.1 percent from behind the three point line. Remy Martin hasn’t lived up to the expectations this season, and if they want to make a run this year, they need him to be better.

On the other side of this matchup is the Texas Tech Red Raiders who sit with a 10-3 record overall and they have gone 7-6 against the spread. In the last game against Iowa State, the offense could only manage 47 points and that led to the four point defeat. Texas Tech is averaging 75.8 points while their defense is giving up 57.6 points per game. Kevin McCullar Jr has been the top player for Texas Tech averaging 13.5 points while shooting 47.5 percent from the field and 35.5 percent from deep. He has only played in six games though, and it doesn’t look like he will go in this game which is a big loss for the Red Raiders.

The Red Raiders not having McCullar is a big loss, and with their struggles scoring, they are going to have issues keeping pace with Kansas. Look for the Jayhawks to have strong defense, and they are going to cruise to the victory. Texas Tech has had issues covering spreads against the Big 12 and it will be no different in this game. Back the Jayhawks against the spread.