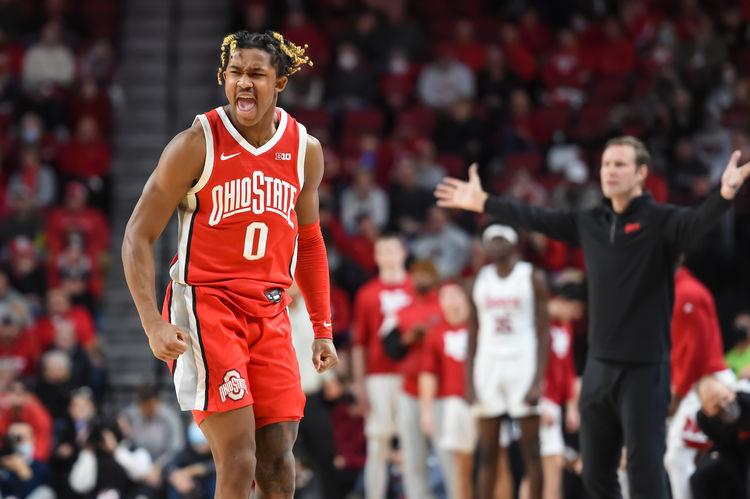 The Ohio State Buckeyes and Indiana Hoosiers face off on Thursday in a college basketball showdown at Bloomington Assembly Hall. When these two teams faced off in February of 2021 it was Ohio State that won 78-59.

Ohio State comes into this game with a 9-2 record and they have gone 5-6 against the spread.in the last game against Nebraska the offense scored 87 points and that was enough to come away with the eight-point victory. Ohio State comes into the game averaging 76.7 points while their defense is giving up 68.5 points per game. E.J. Liddell has been the top player for Ohio State averaging 19.6 points while shooting 51.8 percent from the field and 33.3 percent from behind the three point line. Three different players are averaging at least 10 points per game.

On the side of this matchup is the Indiana Hoosiers who sit with a 10-3 record and they have gone 8-5 against the spread. This is a team that has been a bit inconsistent this year, and in the last loss against Penn State, they only scored 58 points. Indiana is averaging 75.7 points while their defense is giving up 61.6 points per game. Trayce Jackson-Davis has been the top player for Indiana averaging 19.3 points while shooting 59.9 percent from the field. In this game if Indiana wants to win they are going to need the offense to be better.

Indiana’s offense is going to struggle again in this game, and even at home they are going to have some major issues. Look for Ohio State to find the offensive success, and they are going to cover the spread. I also think this game will be slower-paced, and the under will cash. I like both of these plays a lot.