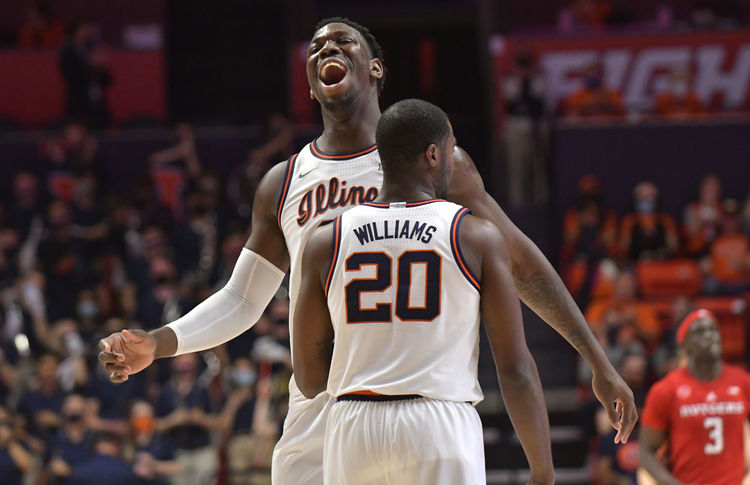 The Maryland Terrapins and Illinois Fighting Illini face off on Thursday in a college basketball showdown at the State Farm Center.  When these two teams faced off in January of 2021 it was Maryland that won 66-63.

Maryland comes into this game with an 8-5 record and they have gone 5-8 against the spread. In the last game against Iowa, they were competitive, but they lost the game late, losing by five points. Maryland is averaging 70.7 points while their defense is giving up 66.9 points per game. Eric Ayala has been the top player for Maryland averaging 15.2 points while shooting 38.8 percent from the field and 33.7 percent from behind the three point line. There are four different players who are averaging at least 10 points per game.

On the other side of this matchup is the Illinois FIghting Illini who sit with a 10-3 record and they have gone 7-6 against the spread. In the last game against Minnesota the defense locked down giving up 53 points and that led to the 23 point victory. Illinois is averaging 80.8 points while their defense is giving up 64.6 points per game. This is a team that looks like they are getting hot at the right time, and are going to be a problem in the Big Ten. Kofi Cockburn has been the top player for Illinois averaging 22.5 points while shooting 60.9 percent from the field. In this game, Cockburn is going to need to be good.

Illinois dominated the Gophers, and they are going to do the same to this Maryland team. Maryland’s offense has been inconsistent, and their defense doesn’t have anyone to slow down Cockburn. Illinois is going to be up at halftime and cover this spread. Illinois could win this game by 20 plus points.