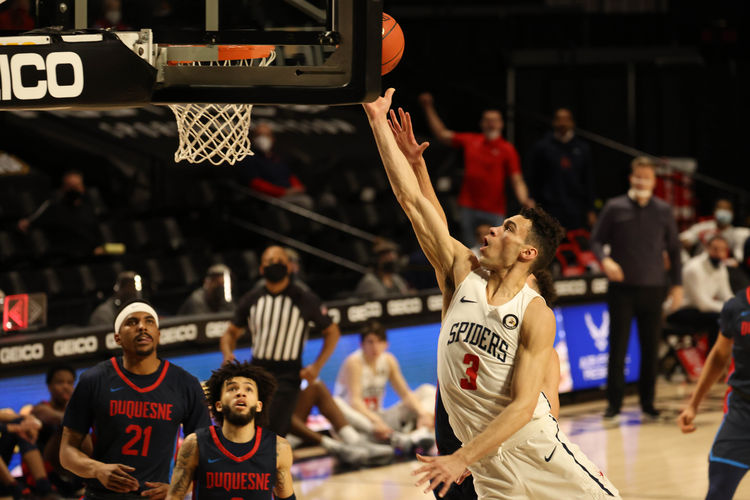 Where to Watch: NBC Sports Washington Stream College Basketball all season on ESPN+. Sign up now!

The UMass Minutemen and Richmond Spiders face off in an Atlantic 10 college basketball showdown at the Robins Center. When these two teams last faced off in February of 2021 it was Richmond that won 79-65.

The UMass Minutemen come into this game with a 7-5 record overall and they have gone 6-6 against the spread. In the last game against Fairfield, it was a close battle, but UMass was able to win 77-73. UMass is averaging 79.6 points while their defense is giving up 78 points per game. The best player for UMass has been Noah Fernandes who is averaging 16.8 points while shooting 47.9 percent from the field and 40.4 percent from behind the three-point line. There are four different players who are averaging at least 11.7 points per game.

On the other side of this matchup is the Richmond Spiders who sit with a 9-6 record and they have gone 7-8 against the spread. Richmond is struggling a bit coming into this game having lost two games in a row. In the last game against Saint Louis, the defense struggled giving up 76 points and that led to the seven-point defeat. Richmond is averaging 73.4 points while their defense is giving up 70.7 points per game. Forward Tyler Burton has been the top player for Richmond averaging 18.6 points while shooting 51.7 percent from the field and 43 percent from deep. In this game, Richmond is going to need the defense to step up, and make life tough on the UMass offense.

UMass likes to push the pace and there will be no shortage of scoring in this game. Look for Richmond to also score plenty against this terrible Minutemen defense, and this game is going to go over the total. Back the over to cash.