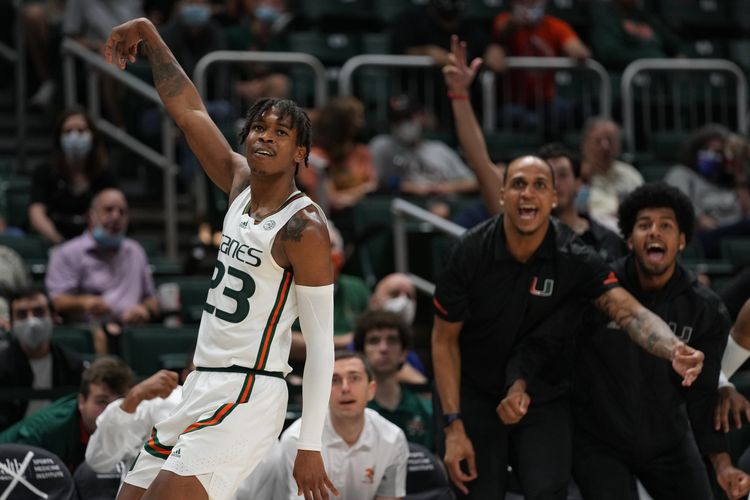 The Syracuse Orange and Miami Hurricanes face off on Wednesday in a college basketball showdown at the BankUnited Center. When these two teams last faced off in January of 2021 it was Syracuse that won 83-57.

Syracuse comes into this game with a 7-6 record overall and they have gone 5-8 against the spread. The biggest issue for Syracuse has been their inconsistency and the last game was a perfect example. They allowed Virginia to score 74 points and that led to the loss. Syracuse is averaging 78.2 points while their defense is giving up 75.6 points per game. Buddy Boeheim has been the top player for Syracuse averaging 19.5 points while shooting 41.4 percent from the field and 32.6 percent from behind the three point line.

On the other side of this matchup is the Miami Hurricanes who sit with an 11-3 record and they have gone 6-8 against the spread. Miami has won seven games in a row and in the last game against Wake Forest they put up 92 points. Miami is averaging 76.4 points while their defense is giving up 72.8 points per game. Kameron McGusty has been the top player for Miami averaging 18.3 points while shooting 50.3 percent from the field and 39.7 percent from behind the three point line. There are three different players who are averaging at least 11 points per game. After a bit of a slow start they have played better as of late, and the offense has been the biggest reason why.

Syracuse is 1-4 against the spread in their last five games. The over is 4-0 in Miami’s last four games. The under is 7-1 in Syracuse’s last eight games played on Wednesday. The over is 7-0 in Hurricanes' last 7 home games vs. a team with a losing road record.

Syracuse’s defense is bad, and Miami has proven they have an elite offensive team. Look for Miami to run up the score, and this game is going to get out of hand early. Even though Syracuse has a strong offensive they aren’t going to keep up. Back Miami against the spread