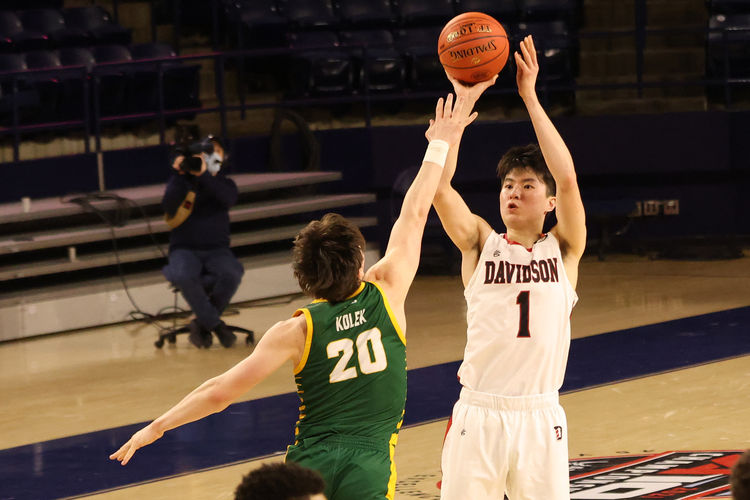 The Davidson Wildcats and Saint Joseph’s Hawks face off on Wednesday in a college basketball showdown in Philadelphia. When these two teams last faced off in February of 2021 it was Davidson that won 71-68.

Davidson comes into this game with a 10-2 record and they have gone 10-1 against the spread. The two losses for Davidson came against San Francisco and New Mexico State but they also have quite the impressive victory over Alabama. In that game against Alabama, they scored 79 points and won by a point. Davidson is averaging 78 points while their defense is giving up 64.8 points per game. Hyunjung Lee has been the top player for Davidson averaging 17.5 points while shooting 51.4 percent from the field and 42 percent from behind the three point line.

On the other side of this matchup is the Saint Joseph’s Hawks who sit with a 7-5 record and they have gone 8-4 against the spread. In the last game against Richmond, the defense was strong giving up only 56 points, and that led to the easy victory. The Hawks are averaging 72 points while their defense is giving up 68.9 points per game. Guard Jordan Hall has been the best player for Saint Joseph’s averaging 16.3 points while shooting 41 percent from the field and 35.9 percent from behind the three point line.

Davidson is the better team and their 78 points scored a game is going to be the difference in this game. Look for the Wildcats to run up the score, and they are going to have no issue cruising to the victory. Back Davidson against the spread. This spread really should be 9 or 10 points.