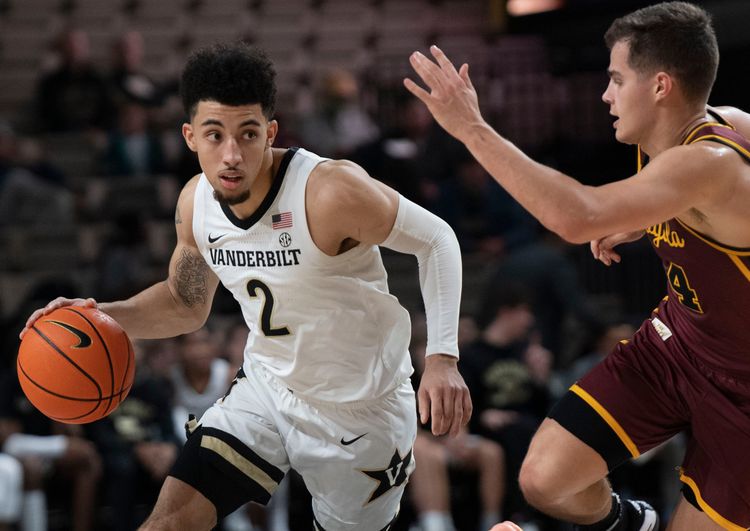 The Vanderbilt Commodores and Arkansas Razorbacks face off on Tuesday in a college basketball showdown at the Bud Walton Arena. When these two teams faced off last January it was Arkansas that won 92-71. These are two teams who hope to be tournament teams, and this is a key game for both teams.

Vanderbilt comes into this game with an 8-4 record and they have gone 7-5 against the spread. There were a lot of questions surrounding this team heading into the season, and now heading into SEC play, a lot of those questions haven't really been answered. Vanderbilt is averaging 69.9 points while their defense is giving up 60.7 points per game. Scotty Pippen Jr has been the top player for Vanderbilt averaging 18.1 points while shooting 42.8 percent from the field and 31.4 percent from behind the three point line.

On the other side of this matchup is the Arkansas Razorbacks who sit with a 10-3 record and they have gone 6-7 against the spread. In the last game against Mississippi State, the defense really struggled giving up 81 points and that led to the 13 point defeat. Arkansas is averaging 80.5 points while their defense is giving up 70.6 points per game. JD Notae has been the top player for Arkansas averaging 18 points while shooting 42.1 percent from the field and 29.3 percent from behind the three point line. There are four different players who are averaging at least 10 points per game. In this game, Arkansas needs to find a way to have more defensive production.