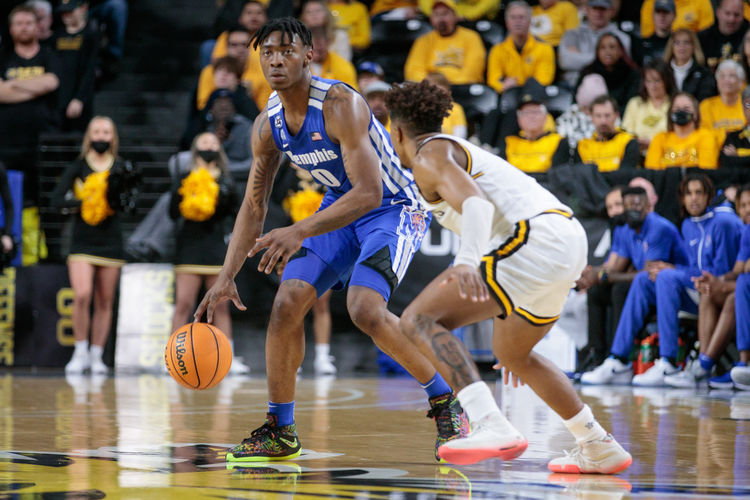 The Tulsa Golden Hurricane and Memphis Tigers face off on Tuesday in a college basketball showdown at the FedEx Forum. When these two teams faced off in January of 2021 it was Tulsa that came away with the 58-57 victory.

Tulsa comes into this game with a 6-6 record overall and they have gone 6-6 against the spread. Tulsa’s last game against SMU wasn’t great, giving up 74 points, and that led to the five point defeat. Before that game Tulsa had won back to back games against Southern Illinois and Alcorn State. Tulsa is averaging 69.2 points while their defense is giving up 67.4 points per game. Jeriah Horne has been the top player for Tulsa averaging 16.6 points while shooting 48 percent from the field and 41.7 percent from behind the three point line.

On the other side of this matchup is the Memphis Tigers who sit with a 7-5 record and they have gone 5-7 against the spread. Even though they are above .500, this might be the most disappointing team in all of college basketball with how much talent they have. The good news for Memphis is they are coming off a big win against Wichita State, putting up 82 points. Memphis is averaging 78.6 points while their defense is giving up 70.1 points per game. Forward DeAndre Williams has been the top player averaging 11.5 points while shooting 58.3 percent from the field and 27.8 percent from behind the three point line.

Memphis is a strong offensive team and they are going to push the pace again in this game. I also expect that Tulsa will find plenty of success scoring. The trends point towards the over, and the fast pace of this game will push it over. I also think Tulsa can find enough offensive success to cover the spread.