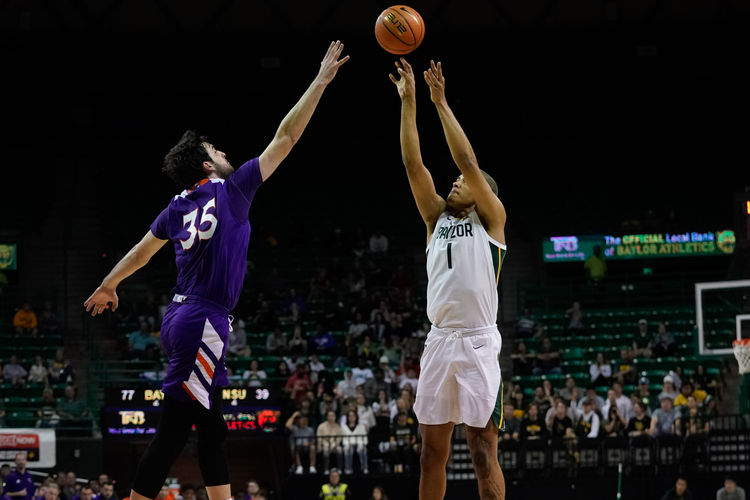 The Oklahoma Sooners and Baylor Bears face off on Tuesday in a Big 12 college basketball showdown at Ferrell Center. When these two teams faced off in January of 2021 it was Baylor that won 76-61.

Oklahoma comes into this game with an 11-2 record overall and they have gone 6-7 against the spread. In the last game against Kansas State the defense gave up 47 points in the second half, but they still hung on to win by two points. Oklahoma is averaging 74.5 points while their defense is giving up 60.1 points per game. Forward Tanner Groves has been a welcome addition to this team averaging 14.2 points while shooting 58.8 percent from the field and 40.5 percent from behind the three point line. There are three different players who are averaging at least 10.5 points per game.

On the other side of this matchup is the Baylor Bears who sit with a 13-0 record and they have gone 8-4-1 against the spread. In the last game against Iowa State, Baylor was really tested, but they still won by five points. Baylor is averaging 83.2 points while their defense is giving up 58 points per game. The offense is what gets the attention, but what has been more impressive has been with the defense. LJ Cryer has been the top player for Baylor averaging 13.5 points while shooting 51.4 percent from the field and 46.8 percent from behind the three point line.

Baylor is 6-1 against the spread in their last seven home games. The over is 4-0 in the Bears last four games overall. The under is 10-2 in Oklahoma’s last 12 games played on Tuesday. The over is 13-3 in Sooners last 16 games against a team with a winning percentage above .600.

Oklahoma’s defense looked awful in the last game and they are going to really struggle to defend against Baylor again in this game. Look for Baylor to score at least 80 points and their defense will also lock down. Back Baylor to win this game and cover the spread.