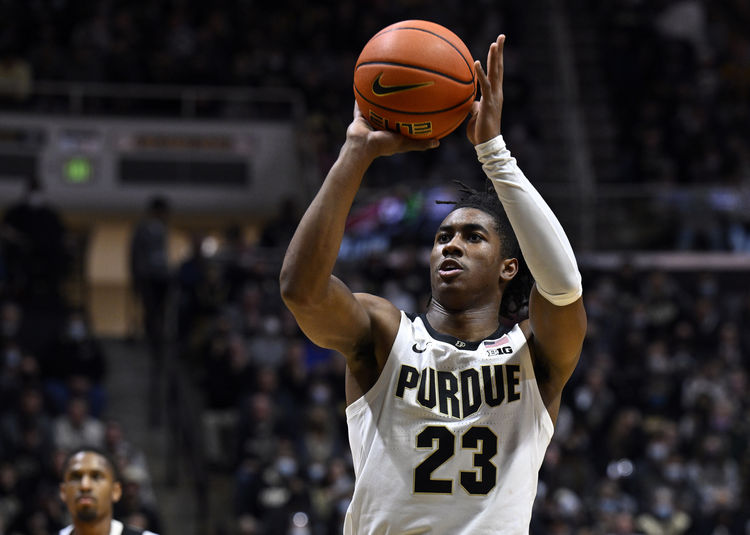 The Wisconsin Badgers and Purdue Boilermakers face off on Monday in a college basketball showdown at Mackey Arena. When these two teams last faced off in March it was Purdue that won 73-69.

Wisconsin comes into this game with a 10-2 record overall and they have gone 7-5 against the spread. In the last game against Illinois State, Wisconsin scored 89 points but they gave up 85 points and the game was a lot closer than they wanted it to be. The Badgers are averaging 70.3 points while their defense is giving up 63.2 points per game. Guard Johnny Davis has been the star for Wisconsin averaging 20.8 points while shooting 43.8 percent from the field. Brad Davison has also had a big year averaging 14.5 points while shooting 37 percent from the field.

On the other side of this matchup is the Purdue Boilermakers who sit with a 12-1 record overall and they have gone 7-6 against the spread. In the last game against Nicholls State the offense was scoring 104 points. Purdue is averaging 87.2 points while their defense is giving up 66 points per game. Guard Jaden Ivey has been the top player for Purdue averaging 16.7 points while shooting 52.8 percent from the field and 45.2 percent from behind the three point line. Purdue is a very good team, but this is a test, and a game they can't overlook. If they overlook this game, they will be upset and that will lead to a drop in their rankings.

Wisconsin’s defense has shown holes this season, and they are going to have some struggles trying to slow down Purdue. Look for Purdue to have no issue running up the score, and Purdue is going to cover the spread. Back the Boilermakers against the spread.