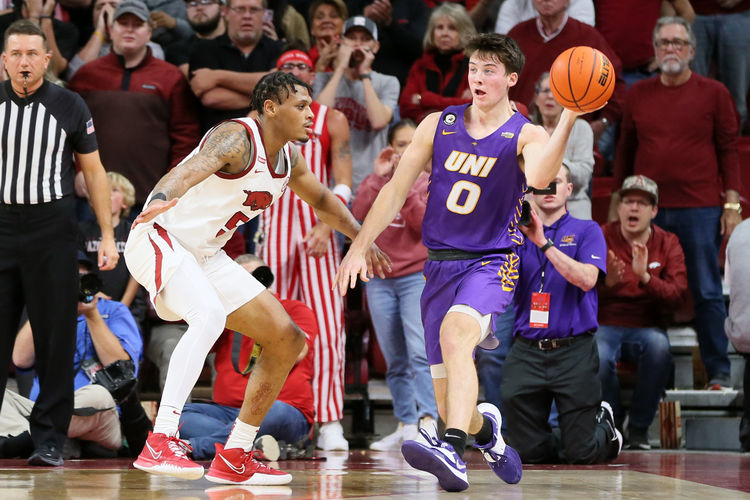 The Evansville Purple Aces and Northern Iowa Panthers face off on Sunday in a college basketball showdown in Cedar Falls, Iowa. When these two teams faced off in January of 2021 it was Evansville that came away with the 70-64 victory.

Evansville comes into this game with a 4-8 record and they have gone 5-6 against the spread. In the last game against Southeast Missouri, Evansville was competitive, but they couldn’t make the winning plays late and lost by two points. Evansville is averaging 61.8 points while their defense is giving up 65.8 points per game. Shamar Givance has been the top player for Evansville averaging 15 points while shooting 45.7 percent from the field and 31.9 percent from behind the three point line. In this game Evansville is going to need the defense to be good.

On the other side of this matchup is the Northern Iowa Panthers who sit with a 4-7 record overall and they have gone 3-7 against the spread. In the last game against Wyoming, Northern Iowa was competitive but they lost by two points. They were outscored by one point in each of the halves. Northern Iowa is averaging 71.4 points while their defense is giving up 68.9 points per game. Guard AJ Green has been the top player for Northern Iowa averaging 16.9 points while shooting 38.2 percent from the field.

Evansville is 4-1 against the spread in their last five games against a team with a winning percentage below .400. The Purple Aces are 2-8 against the spread in their last 10 road games. The over is 3-0-1 in the Purple Aces last four games played on Sunday. The under is 5-1 in Northern Iowa’s last six home games. The under is 4-1 in the Panthers last five games played on Sunday.

Northern Iowa’s record isn’t very good, but this is a talented team, and they are going to get the job done against Evansville. Look for Evansville’s defense to struggle and that will allow Northern Iowa to cruise. Back Northern Iowa against the spread.