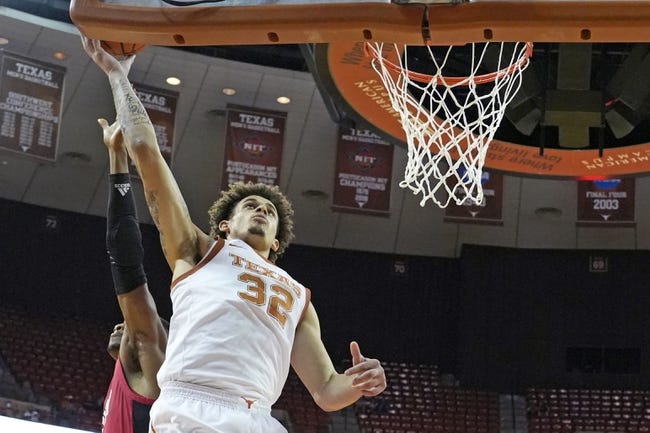 The West Virginia Mountaineers and Texas Longhorns face off on Saturday in a college basketball showdown at the Frank Erwin Center.

West Virginia comes into this game with an 11-1 record overall and they have gone 7-5 against the spread. The Mountaineers only loss came against Marquette earlier in the season, but they haven’t played the toughest schedule. In the last game against Youngstown State the offense was elite scoring 82 points, and that led to the 30 point victory. West Virginia is averaging 70.4 points while their defense is giving up 59.8 points per game. Guard Taz Sherman has been the top player for West Virginia averaging 20.9 points while shooting 44.2 percent from the field and 35.4 percent from behind the three point line.

On the other side of this matchup is the Texas Longhorns who sit with a 10-2 record and they have gone 5-7 against the spread. In the last game against Incarnate Word, the defense was elite, giving up only 33 points, and that led to the easy victory. Texas is averaging 72.1 points while their defense is giving up 51.3 points per game. Forward Timmy Allen has been the top player for Texas averaging 11.9 points while shooting 53.5 percent from the field and 30.8 percent from the field. In this game Texas is going to need the defense to be good.

Texas is the better team, and at home they are going to find success. West Virginia is going to struggle against Texas, and their lack of scoring is going to let them down. Look for Texas to score at least 65 points, and that will be enough to win this game and cover the spread.