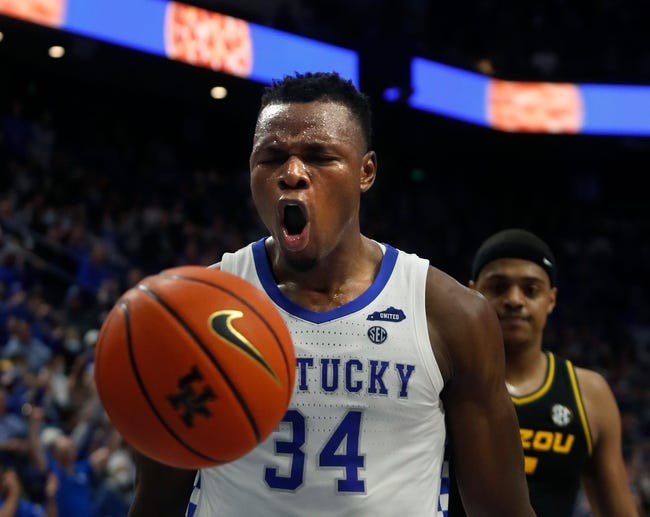 The High Point Panthers and Kentucky Wildcats face off on Friday in a non-conference college basketball showdown at Rupp Arena. The last time these two teams faced off was in 2005 and it was Kentucky that won 75-55.

High Point comes into this game with a 6-7 record and they have gone 7-3 against the spread. The last game for High Point came on Tuesday against Michigan State, and they were actually competitive in that game losing by only 13 points. High Point is averaging 71.8 points while their defense is giving up 69.4 points per game. John-Michael Wright has been the top player for High Point averaging 20 points while shooting 40.6 percent from the field and 41.2 percent from behind the three point line. There are three different players who are averaging at least 11.8 points per game.

On the other side of this matchup is the Kentucky Wildcats who sit with a 10-2 record and they have gone 6-6 against the spread. In the last game against Missouri, Kentucky was quite impressive scoring 83 points while the defense gave up only 56 points. Kentucky is averaging 83.3 points while their defense is giving up 61.5 points per game. Forward Oscar Tshiebwe has been the top player for Kentucky averaging 15.8 points while shooting 61.3 percent from the field. There are five different players who are averaging at least 10.9 points per game.

High Point has done a good job of keeping games close and it’s going to be no different in this game. Look for High Point’s defense to be good enough to slow down Kentucky’s offense and that is going to keep them in this game. Back High point to cover the spread. In terms of the total the under is going to cash.